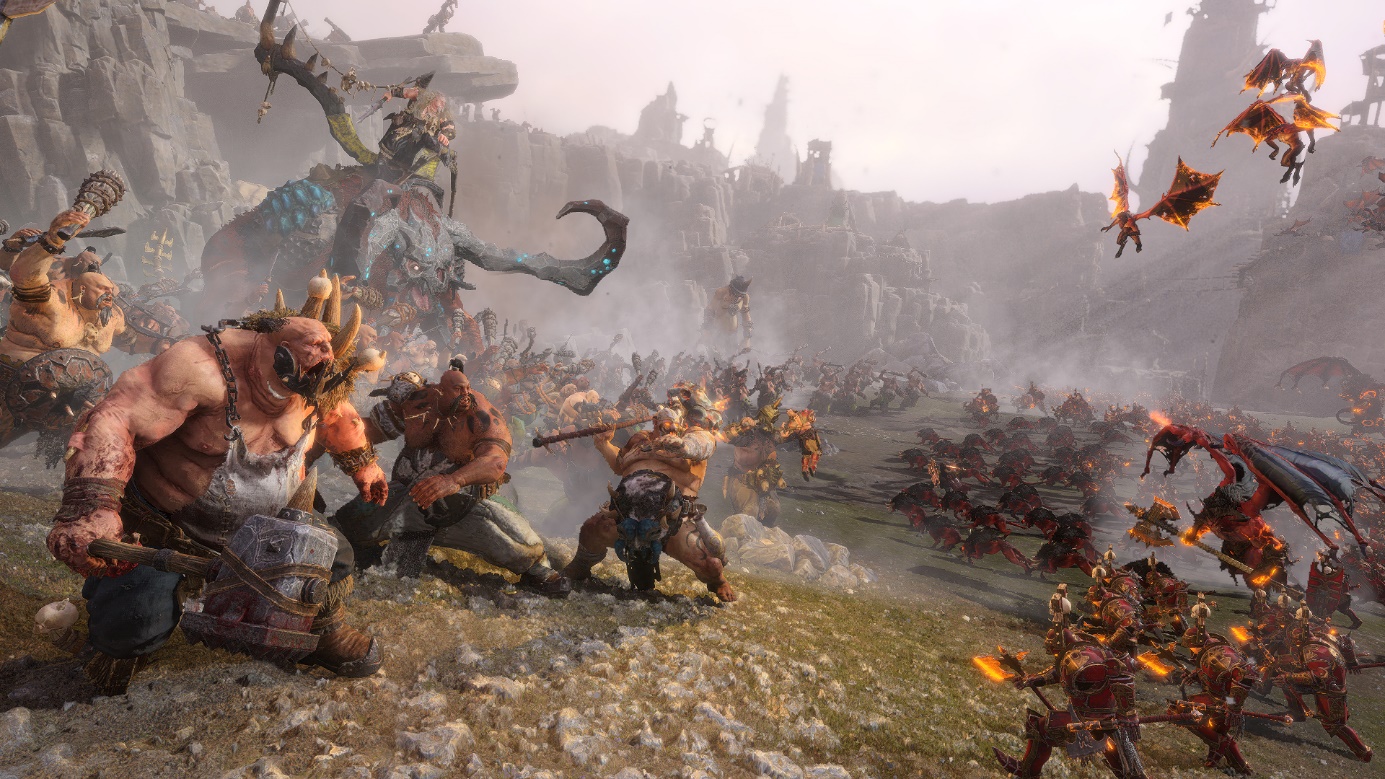 The Total War series has been on the market for 22 years now, constantly refining and upgrading its mechanics.

However, as every following game was expanding older ideas, players unfamiliar with the series found it difficult to get into the series. Though Total War: Warhammer 3 aims to combat that problem by including a special tutorial campaign, there are still a lot of things you should know before beginning your conquest.

How to Play Total War: Warhammer 3

In order to play the game effectively, you’ll need to get a good understanding of it’s general mechanics as well as knowledge about the factions present – both in order to choose a faction that suits your playstyle and know what to expect from your enemies.

As you’ll start the campaign, the game will immediately ask you to choose a faction, which might be a bit overwhelming. So, let’s break down what each faction does!

Total War: Warhammer 3 gives you a chance to command 7 different factions, with the eighth one, the ogre kingdom, available as DLC.

Each one of those has unique mechanics that will impact how you’ll be playing the game. All of the five chaos nations (the Legion of Chaos, Khorne, Nurgle, Tzeentch, and the Slaanesh) all favor aggressive playstyles, while the Ogre Kingdoms, Cathay and Kislev allow you to play the game more diplomatically.

However, keep in mind that the two human factions have different leaders you can choose from, although they don’t impact the game all that much. For beginners, Legion of Chaos, Khorne and Kislev would be the easiest factions to play as, while Cathey and Tzeentch are the hardest to control.

Outside of battles, most of the game takes place on a massive campaign map. Depending on the faction you play as, you’ll have a different starting point. This part of the game is turn-based.

Each turn, you’ll be able to move your armies and manage your settlements. Settlements allow you to build building, which in turn, will provide you with many benefits, such as new units. With that said, deciding what to build is crucial, but expanding your borders is even more crucial. More settlements mean more resources which means more options.

So, your main goal should always be to absorb nearby providences into your empire. That can be done be waging a war or by asking another ruler to confederate their settlements into your faction.

Diplomacy is one option you should keep in mind when playing, as it became much more powerful, compared to previous instalments. The alliance system has been greatly expanded, allowing you to build outpost in allied cities and recruit units from your allies.

The main portion of the game are the battles.

To win those, you’ll need to understand the strengths and weaknesses of your units and then effectively use them on the battlefield. Flying units are a great way to outmaneuver your enemies, cavalry can easily deal much damage by charging your enemies from behind, while melee infantry can keep the enemy units in place.

To triumph, you’ll need to cover the weaknesses of one unit with the strength of the other. For example, infantry is usually weak against ranged units, so you can deal with those using flying units. Once you’ll get acquainted with different types of units, you can use their best traits in clever ways to crush the opponents.

For example, you can engage a group of enemy units with your most durable soldiers and flank them with your cavalry when their busy.

As you play the game more, you’ll find many similar strategies, as long as you’ll always remember your unit’s unique characteristics!

BONELAB: How to Unlock the Board Gun

Fire ant alert! Be careful of ants and promise yourself not to cross over these fire ant hill locations. 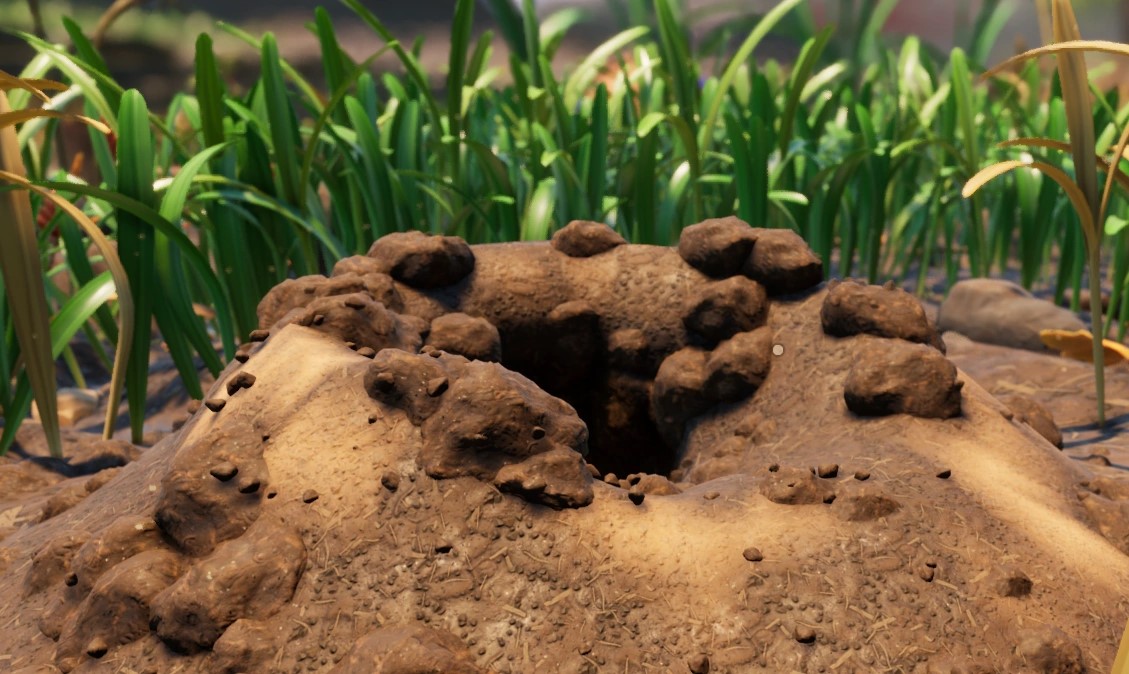 Grounded and bugs always go side-by-side with each other. Some of them are nice, some are not. Ants are not exempted in this story.

There are several types of ants that you will encounter while playing Grounded. One of these is the fire ants. These ants are way more dangerous than the black ones. They inflict corrosion which causes decay that lowers your defense, making you more vulnerable to damage.

To prevent this from accidentally happening, it is just right for you to know the location of these dangerous fire ants. Having said that, this guide will tell you the location of fire ant hill.

Where to Find the Fire Ant Hill in Grounded

Aside from being cautious, you might also want to know the location of fire ant hill because of the parts that you will be needing in crafting armors.

So, to help you with that objective here is the location that you would want to explore in Grounded.

The location that we are talking about is the lawnmower. If you look at the map, it can be found in the upper backyard.

All you have to do is head over to the location of the lawnmower. Underneath it, you will see an anthill. That is what we are looking for.

Looking inside, you will be encountering a lot of chambers with different resources that you can farm. In the first chamber, there will be little to no ants that will come out. But, you can see a lot of brittle marbles and supreme marbles here.

Going deeper, you will be able to see a few soldier fire ants. Aside from that, more marbles are still waiting for you. From the second chamber, face the side where there is a wider opening. A lot more resources are waiting for you there.

In the next section, you will find raw science on a branch. Plus, there are also Ice Caps Mint, Chewed Gum, Hot Chachas Candy, and Sturdy Quartzites.

After that chamber, you can actually go even deeper by just following the path. Eventually, it will lead you outside of the ant hill chambers. It is a deep gully located far from the lawnmower where you started from.

Explore this location as well and you will be able to see a Milk Molar, Raw Science, and Sturdy Quartzites.

Aside from the parts that you can get from defeating fire ants, going to the fire ant hill is also a good idea to farm certain resources.