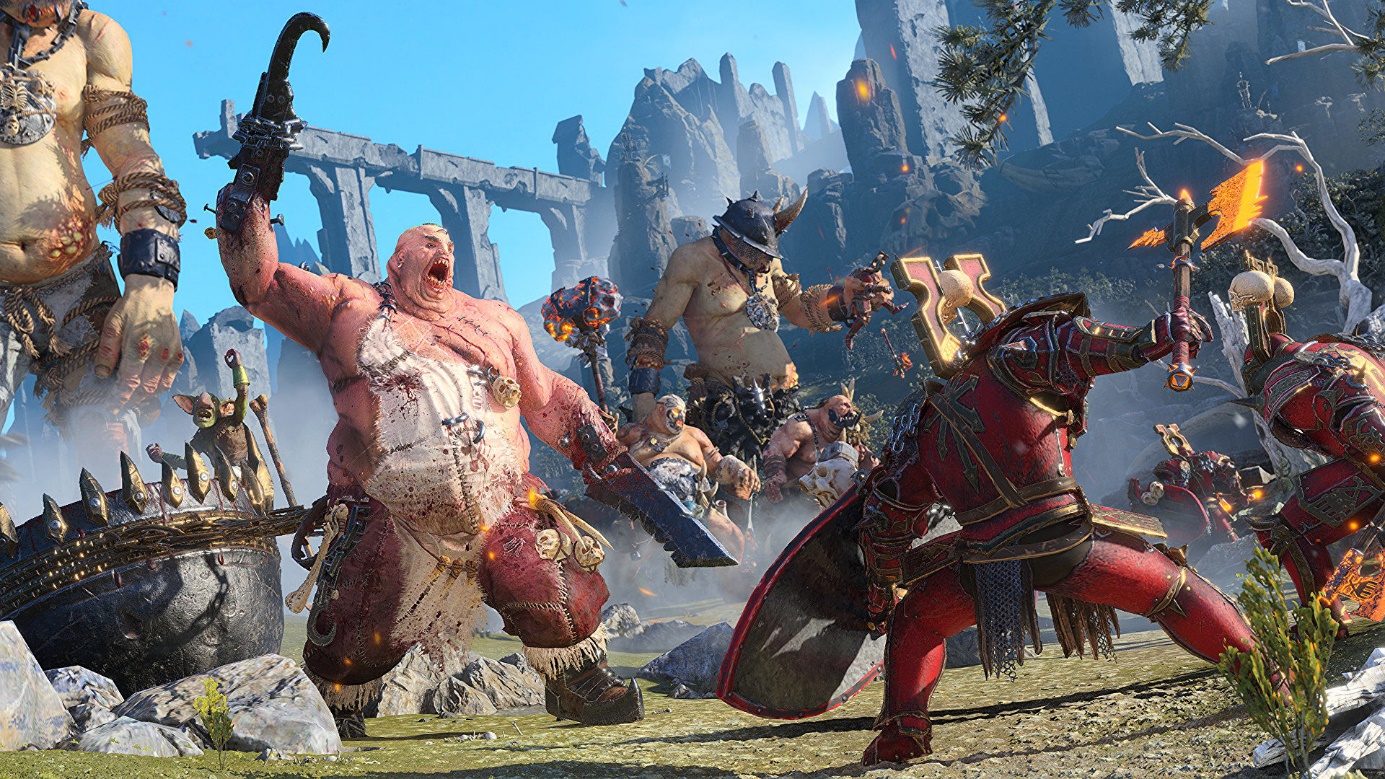 Choosing your faction has a very big impact on the gameplay. Not only does every faction have a different set of units and lords, each one also uses a unique gameplay mechanic that differentiates it further from it’s rivals.

So, let’s get to know them better before you’ll decide which one will fit your playstyle!

The game has seven main races available to all players and an additional one (the ogre kingdom) available as DLC. Five of those races are the Daemon Chaos nations.

They are seen as a threat by others, making them unfit for a more diplomatic gamestyle. The two human factions – Kislev and Cathay –  splinter into smaller sub-factions, led by different lords. The lords mostly provide passive boons for your settlements and units.

But, let’s look at each of the factions one by one and find out which is the best race in Total War: Warhammer 3.

Legion of Chaos is the most versatile faction, allowing you to make armies using the units from the other four Chaos factions (Khorne, Nurgle, Tzeentch, and Slaanesh). Their leader is the most customizable one in the game, allowing you to swap both his equipment and his body parts to fit your needs.

Khorne are a bit less varied – in fact, they focus solely on close-range combat, having no missile units, few ranged units and no spellcasters. Their unique resource are skulls, which can be pilled on the Skull Throne to buff all of their units.

Nurgle units offer a lot of HP and armor and there’s a good reason for that. They mostly focus on spreading poison and illnesses via spells you’ll unlock as your troops will sustain damage. But, they have one fatal weakness – their army is very slow, meaning you might have trouble maneuvering it in more complex battles.

Slaanesh, on the other hand, exchange health and armor for high speed. To use this faction well, you’ll need to master flanking your opponents and charging them from behind. Colliding with other armies head-on will likely result in defeat.

Kislev’s unique mechanic, supporters, and devotion, force you to play the game a lot more diplomatically. Whether you play as the Ice Court or the Great Orthodoxy, you’ll want to establish trade routes and gather supporters to integrate the other side into your faction.

When it comes to units, Kislev’s soldiers are rather average at everything, with no major weaknesses  making the faction a good pick if you don’t want to focus on a particular strategy for battles.

Tzeentch’s are the main spellcasters of the game and they are possibly the faction that requires the most focus out of the player. They have some powerful flying and ranged units, but their infantry is noticeably weaker than other factions.

To compensate, each unit is given a protective barrier that allows them to take a few extra hits. This faction’s strength lies in their powerful spells – those can do some nifty damage or provide buffs for your army.

Cathay is one of the hardest factions to master, due to their rather specific Yin and Yang mechanics. What it means is that every building, unit, and research tree is designated by a Yin or Yang symbol.

Your goal is to always have an equal (or as close to equal) amount of each, to keep the harmony in check. The bigger the gap between Yin and Yang is, the more negative consequences your empire will suffer.

This also translates to battle – Cathay units work better when they’re close to their Yin or Yang counterpart.

Ogre’s economy runs on food and that’s both their greatest strength and weakness. As long as you have enough meat, you can overfeed your soldiers to make them more powerful, but once you’ll run out of the treats, the ogres will start eating each other.

Their only other weakness is their weak infantry.