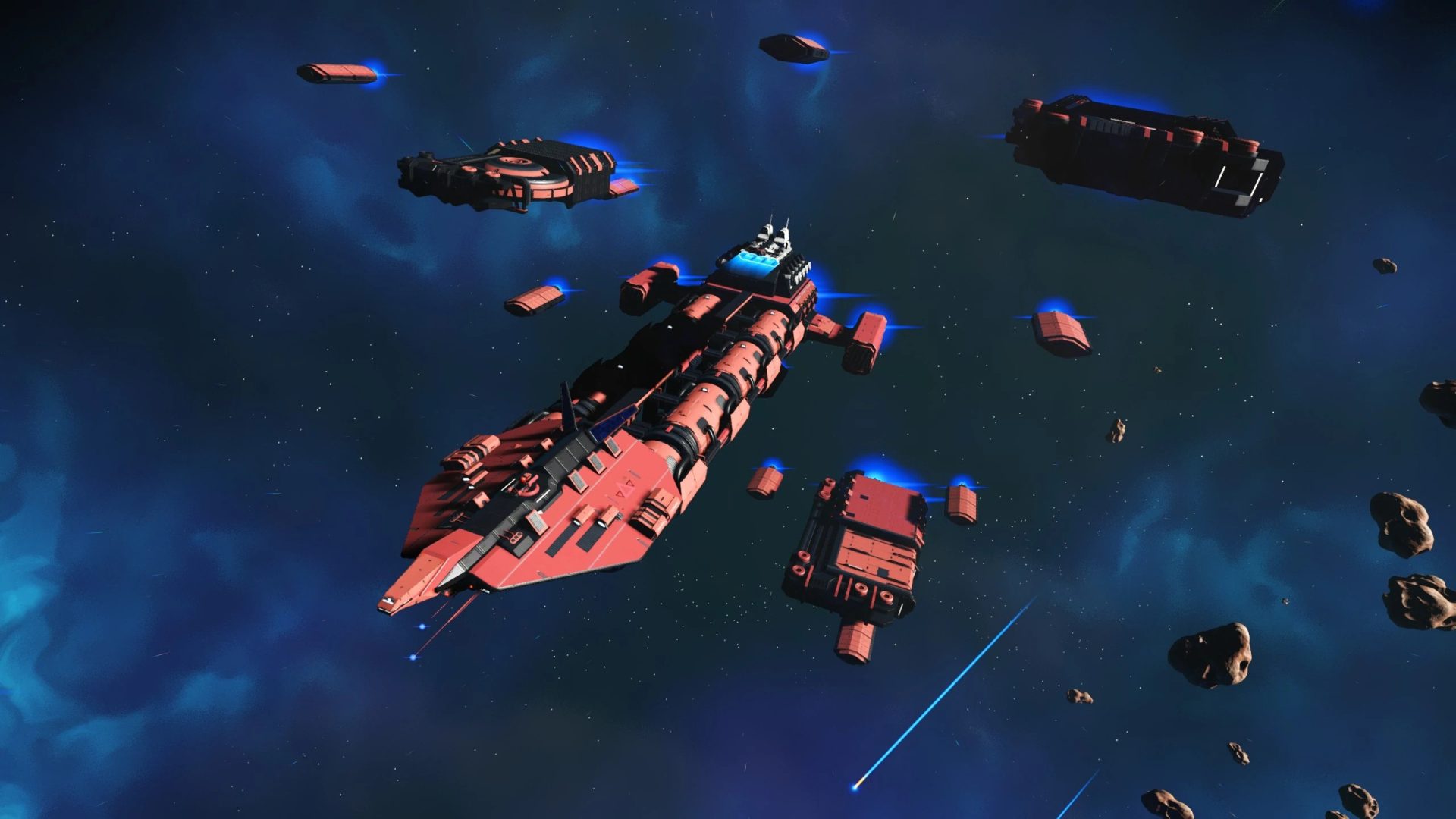 S-Class Freighters are quite rare in No Man’s Sky. While you can almost always find a freighter in every system you visit, the probability of it being an S-Class is quite low. As such, it can be time-consuming if that’s the only goal you have in mind.

Luckily, there’s one surefire way that you can use to get an S-Class quickly and easily. In this guide below, I’ll share with you the steps you want to follow.

Therefore, if you want to aim for the best S-Class freighter, you’ll want to prepare at least 150 million units to afford one.

The next thing you’ll need is an Economy Scanner. You’ll want to install it on your spaceship so you can scan the economy of each system on the map. Once installed, open up your Galaxy Map and look for systems that will be any of the following:

As soon as you see one of them, simply travel to that system and fly close to the space station. You should be able to see a freighter nearby floating alongside its frigates. Now, head to the space station, land inside, and then get back out to create a save point.

After that, head over to the freighter and board it. Once inside, simply use your scanner to see its stats alongside its class. If it’s anything but S-Class, you’ll want to open the menu and head to Options, Save Data, and click on the Reload Autosave option.

This will cause the game to reload on your latest save point which was inside the space station. Now repeat the same process over and over again until you finally find an S-Class freighter. The reason why you want to do this is because whenever a freighter spawns in a system, the game will assign it with a random class.

Also, this is much quicker than visiting system after system which is normally more time-consuming as you’ll have to look for wealthy systems as well. After repeating the process over and over again, you should finally be able to find an S-Class freighter.

Once you find one, simply head to the Bridge and talk to the captain to negotiate. Afterward, you just have to buy it if you like its stats.

ALSO READ: No Man’s Sky Outlaws: How to Get Gravitino Balls For Expedition 6