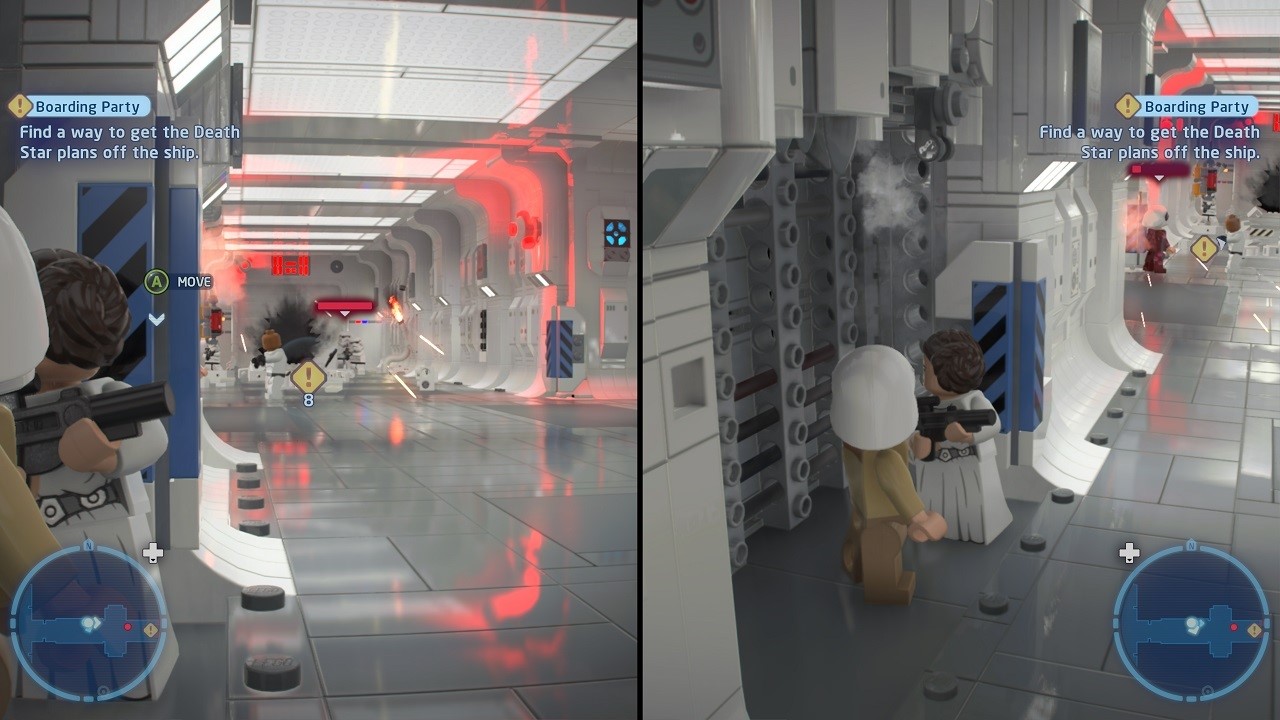 The world of LEGO Star Wars: The Skywalker Saga is vast, and without someone to play it with, exploring all 24 planets in the game can get empty and make you feel lonely quickly. Luckily, the game allows you to play couch co-op with another player on a split-screen.

But what if that other player is from a separate household, or from another area entirely? Well, you have the option of playing it co-op online, though the steps involved aren’t what you’d typically do in games like League of Legends or just about any multiplayer game.

It just so happens we have several alternatives for that. Let’s explore your options below.

How to Enable Co-Op in LEGO Star Wars: The Skywalker Saga

The following alternatives will vary depending on which system you’re playing. Let’s get started.

If you’re playing the game on PC via Steam, you’ll be able to invite another player to play with you via Remote Play. With Remote Play, your friends don’t even need to own the game; you just have to run the game, send them an invite, and start playing.

Do take note, however, that the game doesn’t have online co-op functionality, so you’ll have to play on a split screen the same you would play the game with someone in couch coop.

Another option is through the use of the SharePlay feature which is available in PS5. It works the same way as Steam’s RemotePlay, except of course that it’s only for players who own a PS5. You can also use this feature to invite a PS4 console player.

To do this, simply press the PS5 button. This will take you to the control centre. After that, select party voice chat card, pick the Start Share Play option, then invite a player. You can then select the Share Play  mode, and co-op will then start as soon as the other player joins.