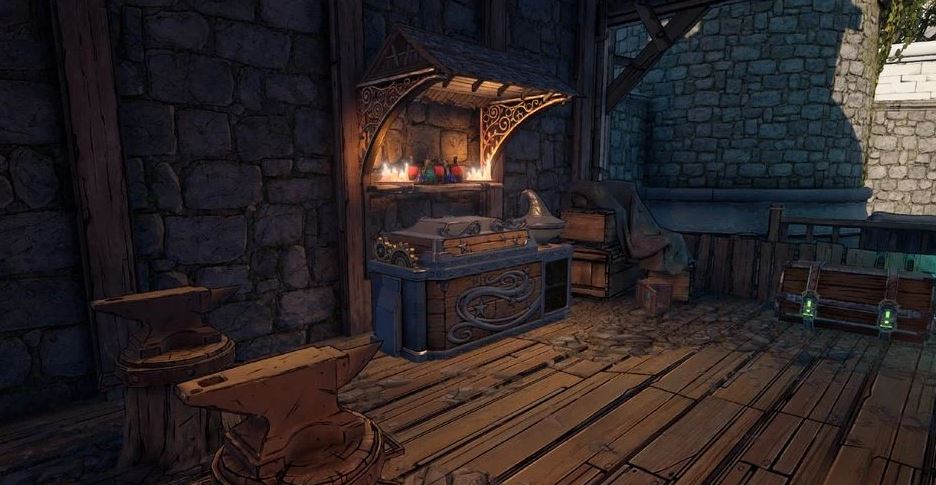 Enchantments in Tiny Tina are basically the counterpart of anointments in Borderlands. They won’t be found right away, but the special effects they grant make them worth looking for. However, not all enchantments are working as intended, and some aren’t even that great.

That said, let’s look at the best enchant in the game you want to use.

Enchant Guide: Which Ones to Use in Tiny Tina’s Wonderlands

Enchant rolls will be different for any class. Though you can get enchants in any class, there will be class-specific enchants you can roll as well. Also, you want to keep in mind that enchants DON’T stack. For example, if an enchant grants you 20% increased gun damage on an item, having the same enchant on another item doesn’t mean you can get a 40% increase.

That said, let’s have a look at the best enchant you’d want to use.

By far the best enchantment you can use in the game is anything that has the words “Action Skill Active” in it.

Any Action Skill Active enchantment basically grants you an increased damage buff whenever you perform an action skill. The buff it offers has a default duration of 60 seconds which is long enough to make full use of. The best part about this enchant is that it doesn’t even care if the action skill is still active or not. As long as you use one, its buff will persist for the whole duration.

How to Get Enchantments

Of course, you can’t really get enchantments right away. First off, you’ll have to reach level 15 to even get a chance of obtaining enchantment items as loots. You can easily spot them with their sparkly trail when dropped, and the word “Enchanted” along with its enchantment will appear on the item’s description.

You can choose whether to apply the new enchantment or keep the old one. If neither of them interests you, you can just reroll. However, you’ll need plenty of Moon Orbs to do so. Each reroll will cost you more Moon Orbs, so keep that in mind.

ALSO READ: Tiny Tina’s Wonderlands: How to Unlock and Kill the Maker