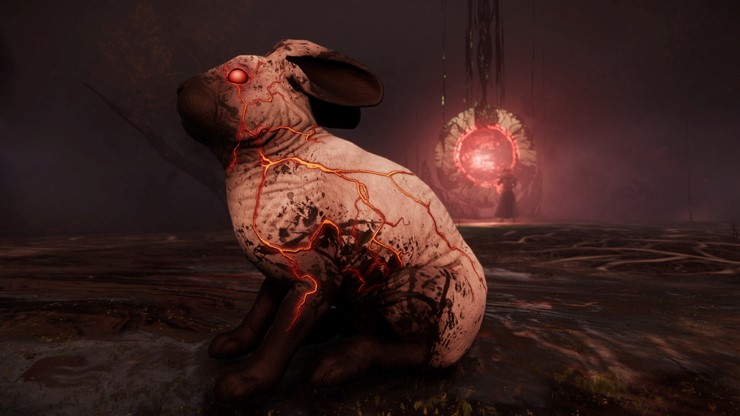 In this Easter holiday event, you’ll be tasked with hunting corrupted rabbits for their loots. The event will run from the 12th to the 25th of April, giving you plenty of time to farm these rabbits as much as possible. While they are scattered all throughout Aeternum, the problem is just that: they’re scattered.

As such, you want to use an efficient method that will allow you to farm them quickly and efficiently. Luckily, I just got the right guide for you.

In order to start farming these corrupted rabbits as quickly and efficiently as possible, the first thing you want to do is head over to Rabbit Island. This is basically that island in the Restless Shore where you first meet Stanley the Rabbit.

However, there’s a huge chance that this place is already teeming with players who are also after the same mission. As such, the best thing you can do is to team up with other players to thin down the competition. It’s because the loot pool will be shared among team members, so if any of your teammates happen to loot a corrupted rabbit, you’ll also get the same loots as well.

One of the most sought-after loots from these rabbits is the Defiled Rabbit’s Foot which basically increases your Luck by 5% for a good 40 minutes. Another valuable loot is the diamond gypsum which allows you to increase your item level progression.

One thing you want to take note of is that you can only get up to 3 diamond gypsums and 5 rabbit’s foot per day, so farming them quickly and efficiently is highly advised so you can focus on doing other important stuff in the game.

However, perhaps the most lucrative loot you want to watch out for during the event is the Defiled Storage Chest of the Hare. What this item does is it increases your storage by 1050 pounds, allowing you to store even more items in the storage.

But then again, it’s a very rare drop, so if you want to get your hands on this item, doing the fast farming method above is highly recommended.

ALSO READ: Elden Ring: How to Get Pearldrake Talisman (Location)