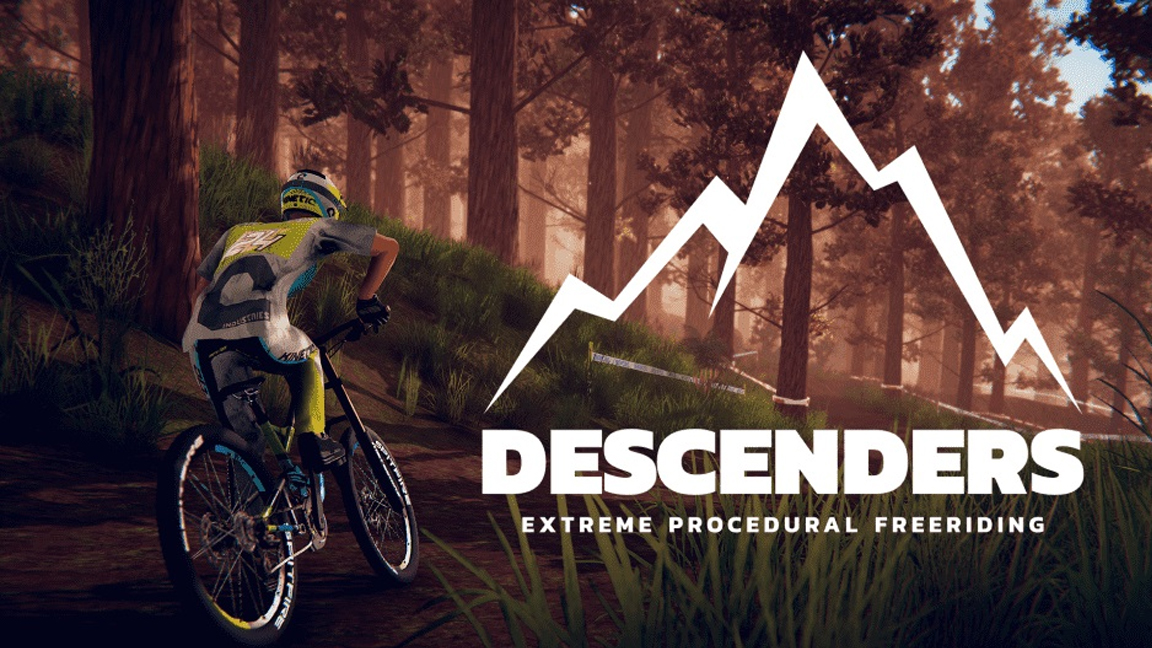 Descenders is an action-packed downhill biking experience that offers a wide variety of stunts that you can pull while rolling down a mountain range.  Most of the achievements in this game are earned during your career playthrough and shouldn’t pose any difficulty to get.

If you’re a completionist, then this guide is for you.  Some of the achievements will be clustered into bigger ones as doing the main achievements would also give you the side achievements you can get in the game.

There are a total of 40 achievements and you would normally need two playthroughs needed to get them all.

This achievement can be acquired by playing through a level with one or more buddies.  You don’t necessarily need to invite someone to play a game since you can just join a public game and earn the achievement through there.

Reach The Forest, which is the second world in Career mode.  To unlock this world, you need to get through the boss level in Highlands.  It would be indicated by a skull icon on the world map.

Bear in mind that each instance is unique so the number of levels you would need to complete will be random at each run.

Complete The Forest map’s boss level to reach The Canyon and you’ll automatically unlock this achievement.

As before, finish The Canyon’s boss level to unlock The Peaks.  This could be done by jumping over a large canyon and safely landing through the finish line on the other side.

This is the most difficult achievement in the game as it requires you to complete the Career mode, from Highlands to The Peaks, without crashing even once.

True Descender, in the same fashion, would just need to be a full run without losing all your lives.

Get sponsored by any of the three teams in the game.  To get a sponsorship, you need to complete a special team node (depicted using a red blue and green pie chart).  Choose any team and complete the level for the sponsorship.

Once you accept the sponsorship, the achievement will unlock.

This set of achievements focuses on the Rep points (Reputation) you get from playing the game.  Reputation can be earned executing various stunts and feats during your Career or Career+ mode.  Here are the Rep points you need to earn for each achivement:

These achievements automatically unlock once you cross the REP threshold needed.

These achievements can be earned by unlocking a certain amount of items in the game.

You can access the credits by going to the lobby map, press the start button then select Extras > Credits.  Ride through the credits and finish to unlock this achievement

You can unlock Career+ mode after reaching 250,000 REP from all your sessions.  Once you unlock, you need to finish Career+ without losing all your lives.  You only get 4 lives when you start the game.

This achievement can be unlocked by crashing your bike.  Probably the easiest and most fun achievement to unlock.

Gap In the Market

For this achievement, you would need to complete 10 mini-bosses in the map.  Each world has a unique mini-boss.  Make all the jumps in each map and an orange text will indicate if you have completed the jump needed for that particular area.

Complete any boss jump without getting REKT and this achievement will automatically unlock.

The Training Was Worth It

Pretty straightforward.  In the Highlands boss track, there would be a moving train.  You would need to jump over it to unlock this achievement.  It doesn’t matter if you don’t stick the landing, you’ll get the achievement as long as you complete the jump.

After you choose your team, you would need to complete a team node.  Like how you got sponsored, just go to any of the sponsored tracks (red blue and green pie chart icon) and complete the track to unlock this.

This achievement is unlocked when you get shortcuts.  To unlock shortcuts, complete the previous world’s bonus objective on the last boss track three times.

Stuns will play a huge chunk in getting this achievement as this one needs you to land a double frontflip.  Once you do the flips, the achievement will unlock.

Back to stunts, this one requires you to land (not crash) a 360 frontflip.

This is another stunt requirement.  To unlock this achievement you would need to land a 720 double backflip.

Just like the name suggests, you need to go very fast.  You would need to reach a speed of 100km/h to get this one.  We recommend going through fire nodes to get this achievement.

This achievement automatically unlocks after you complete the boss jump in the Volcano map.  This world is unlocked by completing the fire node level in each world in career mode and you would need to jump through the flaming hoop that appears in each boss level.

Unlock this achievement by completing all the bonus worlds.

It must be done in Career or Career+ and at any level.  You would need to crash land onto the finish line.

The most time consuming achievement, it requires you to complete all the 48 objectives in daily sponsor tasks.  As only three tasks are unlocked each day, you would have to wait a few days to finish this achievement.

Finish a level in multiplayer mode.  Just go to Ride from the start menu then select Casual Lobby.  Pick a session and finish the track to unlock this achievement.

Get the Gang Together

You need to have three crew members with different colored perks.  To gain this achievement, finish a session with these crew members.

And that’s all the achievements found in Descenders!  Good luck to all completionists!