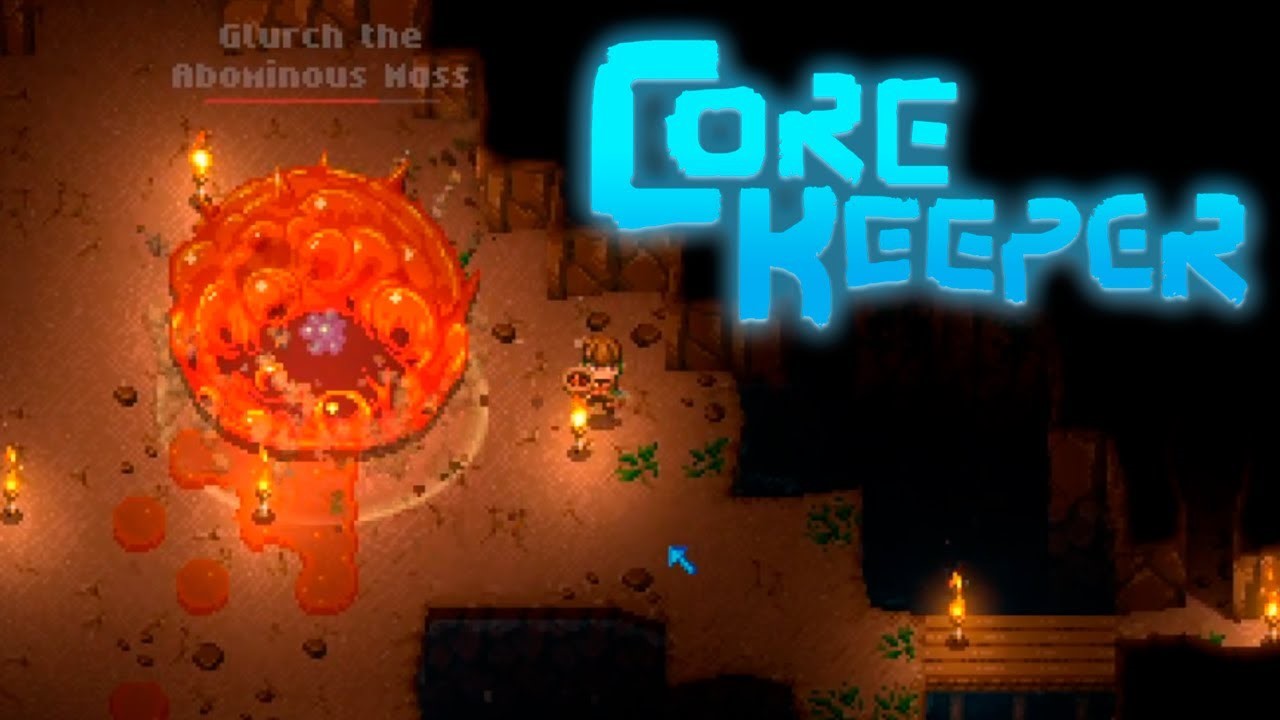 Glurch is Core Keeper’s first major boss and he provides a massive difficulty spike. You’ll need to have gear crafted specifically with this enemy in mind, as it has its own specific gimmick.

How to Defeat Glurch the Abominous Mass in Core Keeper

Before fighting Glurch, there are a few things you should craft first. Obviously, you should use your best weapon and armor, but more importantly, you need something to increase your movement speed.

One of the best ways to avoid this is cooking Spicy Tulip Salad, which will give you +22% movement speed, on top of other buffs. This way, you can counter the slow effect caused by the slime on the floor where Glurch resides.

Patience is a Virtue

Though Glurch can hit hard, it only has one attack – a ground pound. If you move out of its way each time, you won’t have much to worry about except for the smaller slimes that accompany the boss.

Your best bet is baiting the Glurch to where there are no other slimes, hitting it once right after it lands on the ground, rinse and repeat.

After a while, you should be able to move in accordance with Glurch’s attacks, as they are very predictable. If you have a ranged weapon, you might want to run farther from Glurch and hit it a couple of times before it gets to you.

Once Glurch’s HP goes down to 25%, it will enter the Enraged Mode, becoming much more aggressive, which in this case means faster and less predictable ground pounds.

If you’re very confident in your dodging skills, you might still try to avoid it, but if this section of the fight gives you trouble, focus on the offensive.

Before Glurch jumps into the air, hit it as much as you can, even if you’ll need to tank some damage along the way. If you don’t deal enough damage to take it down, use an enrage potion, crafted using 5 slime and 3 larva meat.