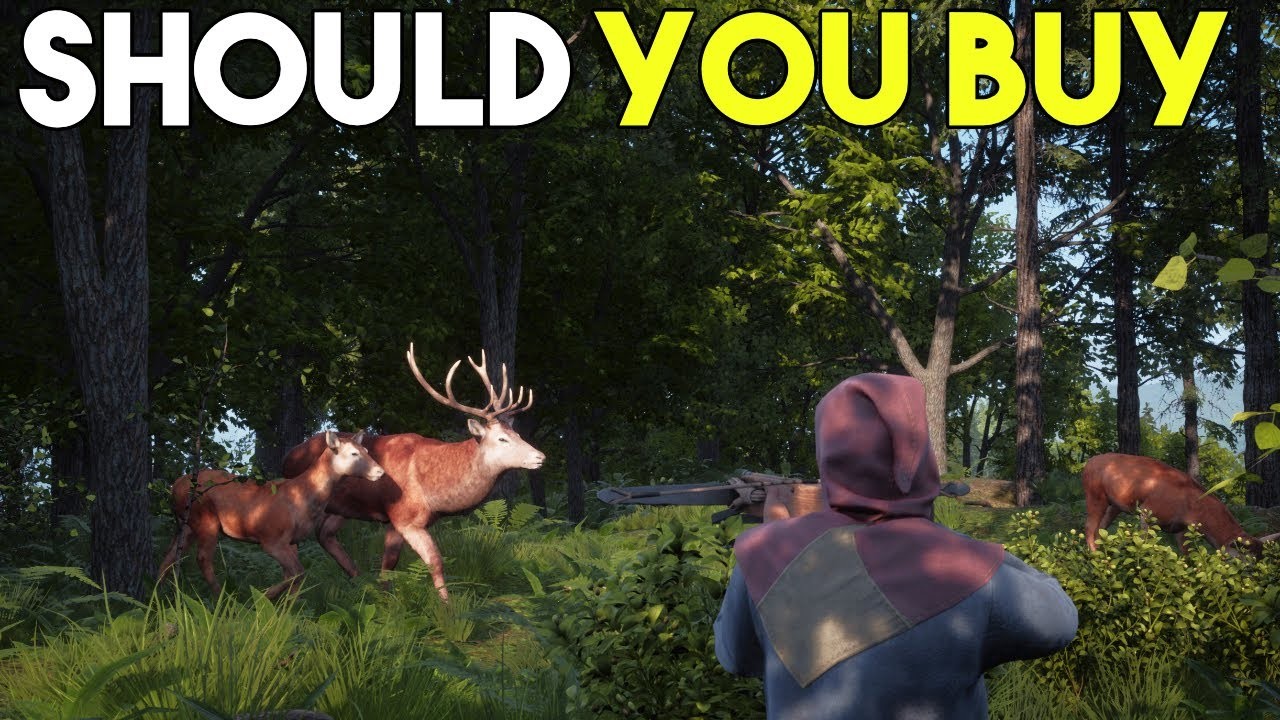 Are you considering buying this game but unsure if it’s worth your time and money? We’ll be taking an in-depth look at what the game has to offer, discussing its strengths and weaknesses, and ultimately giving our recommendation on whether or not it’s worth it in 2023. So if you’re on the fence about Medieval Dynasty, keep reading to find out if it’s the right game for you.

The first thing we’ll say is the cost: Medieval Dynasty is $35 on PC and other platforms.

NOTE: Prices are subject to change. At the time of writing, the game was worth around $35 on Steam.

Having stated that, what precisely is the game? Medieval Dynasty is a game that combines colony management with survival elements. This implies that while attempting to meet the requirements of your subjects, you will also have to cope with your own needs, such as food, water, hygiene, and romance.

You’ll start to be able to start a settlement, story quest lines, and side missions when you start to finish the main chores. The game’s mission system is really simple. There are several quests in it that effectively ask you to complete a list of duties for the other players. These tasks are usually pretty simple in nature, as they ask you to do things such as go talk to this man at this location or deliver this many resources to this person. There is some actual plotline though, so if you are interested in the storyline, that will be something available to you. It has several different quest lines for you to explore. Some of these are even seasonally based quest lines, which means that you will only be able to complete them during their related specific season.

Now, there are also side quests, but these act more as activities for you to complete rather than actual story lines. Just like your main story missions, these are mostly simplistic tasks, but they will reward you with some form of bonus such as money. Money is extremely important in Medieval Dynasty, as it’s something you need to accomplish many different tasks within the game. These include things such as buying equipment, buying seeds to plant, buying food for buffs, and most importantly, paying your taxes. Taxes are a pretty unique mechanic in Medieval Dynasty, as it’s something that will play a critical role within the game’s colony management system.

Colony management is something that serves as a sort of ultimate goal within the game Medieval Dynasty. As the title suggests, your ultimate goal is to create a dynasty of your own and a place for that dynasty to rule. It is important to note that this game is not like Mount & Blade: Banner Lord, where you manage large armies in order to create a ginormous dynasty. Instead, it is more focused around you creating a thriving town within the world. You are not the king here and are instead going to be more along the lines of a mayor.

In order to start your dynasty, you will need to have a settlement first. This is done by building your very first structure. Structures must be built a certain distance from any other pre-existing settlements that are within the game. By default, you will be creating all of your standard medieval infrastructure buildings such as houses of varying sizes and qualities, different tier production facilities, refining facilities, storage facilities, farms, and much more. The idea is that if you would expect it to be found in a small medieval town, then you will most likely be able to build it. Each one of the buildings plays a different role within your settlement and will require workers to manage them. Your workers, however, will need to be fed, given water, have a place to sleep, provided with firewood for warmth, and made happy through a variety of different means.

Overall, if you take nothing else from the previous information, just know that the game focuses not only on personal survival and not only on colony management, but instead focuses on combining the two to make sure that the player has to focus on both of these features throughout their entire time with the game.

First up for the pros are the game’s customization options. Prior to starting any game of Medieval Dynasty, or even during the game, you can change a ton of the game’s settings. This can be anything from turning off carry weight to changing the rate at which you gain experience. You can even change how fast seasons pass, which has major effects on the gameplay.

The ability to get married and have a kid, while not the craziest mechanic ever, is certainly a good one. This mechanic allows you to take control of your heir if they are at least 18 years old, should you die in the game. Of course, you can always reload an old save file, but eventually you will die of old age. This is a cool feature to have nonetheless.

The con is, the game is quite grindy. Everything will take you forever to do and requires a ton of grinding to accomplish. You can customize settings to ease this, but as far as the default gameplay goes, you should expect to put in tons of time to accomplish even the smallest tasks. This means there’s always something to do, but the question then becomes is it fun to do? That is something we will have to leave up to you to decide.