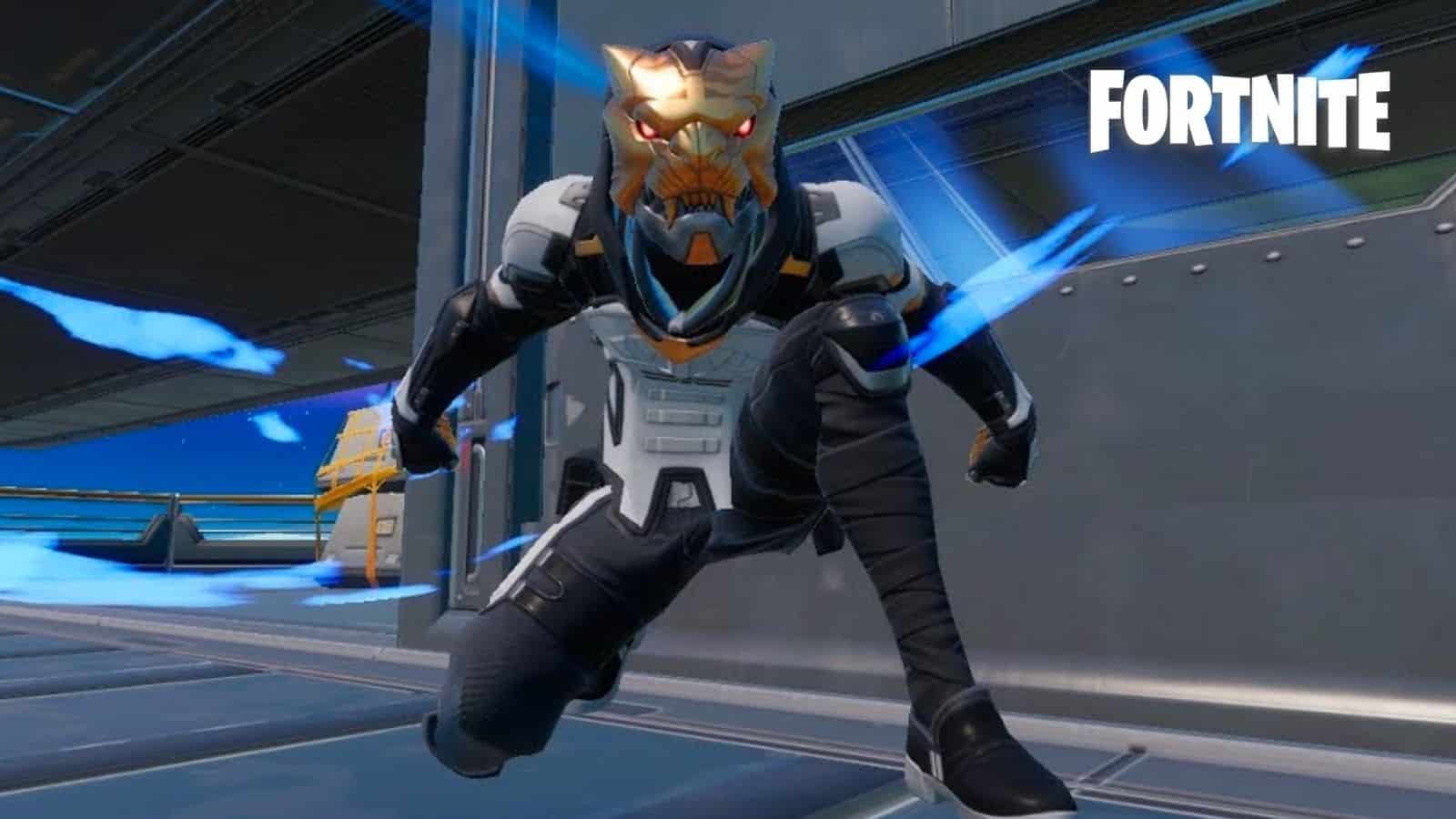 Before you begin, keep in mind that Huntmaster Saber is a pretty formidable boss. If you fight him unarmed, you’ll most certainly meet defeat. As such, you’ll have to be prepared to engage him in battle. To get started, you’ll have to follow the guide we prepared below.

How to Get Huntmaster Skin in Fortnite

However, you don’t want to drop inside the airship, but rather drop on top of it. Doing so will allow you to access a handful of loots to help increase your chances of defeating the boss. After gearing up, make your way down the airship until you encounter the Huntmaster Saber boss.

Do keep in mind that the boss comes with high vitality, not to mention it’s quite aggressive as well. A strategy is to bring at least one teammate with you so you can take turns taking the aggro while the other is firing at the boss.

After defeating the boss, go all the way down the airship and right to the main entrance of the cavern. From there, you’ll find a tiny hologram that will instruct you to retrieve 3 IO envelopes containing top-secret plans.

You can find one envelope near the area where the Gunnar boss is located. Another one can be located inside the airship, sitting right on top of a container with a barrel next to it. Lastly, the third envelope is found just inside the airship control room.

Upon completing the quest, you’ll be rewarded with a decent amount of XP. At the same time, a brand new quest will be activated. This time, you’ll be asked to establish a device uplink near any of the three areas: Seven Outpost II, Synapse Station, or Sanctuary.

For this one, the closest area you’d want to go to is Seven Outpost II. Once you’re within the area, you’ll find the tiny hologram just right next to a giant boulder. After that, another quest will appear. This time, you’ll have to destroy seven computers and machinery to collect their data chips. You’ll only need 3 chips to complete this.

Once done, another quest will appear which will instruct you to yet again establish a device uplink, but this time, it will be in different areas than before. After completing this quest, you’ll then unlock the final and hardest quest which is to find and destroy a cloaked IO Build Jammer.

The hard part about this one is that it won’t show up on your map. Instead, you’ll have to rely on your minimap for the Build Jammer’s icon to appear. This can take a little bit of time, though you can find one just northeast of Camp Cuddle, just hidden behind a few leaves.

Destroying the jammer is quick and easy, and as soon as you destroy it, you will finally finish the entire questline and receive the Huntmaster Saber skin as a reward. Congrats!

ALSO READ: Fortnite: How to Get First Person – Glitch