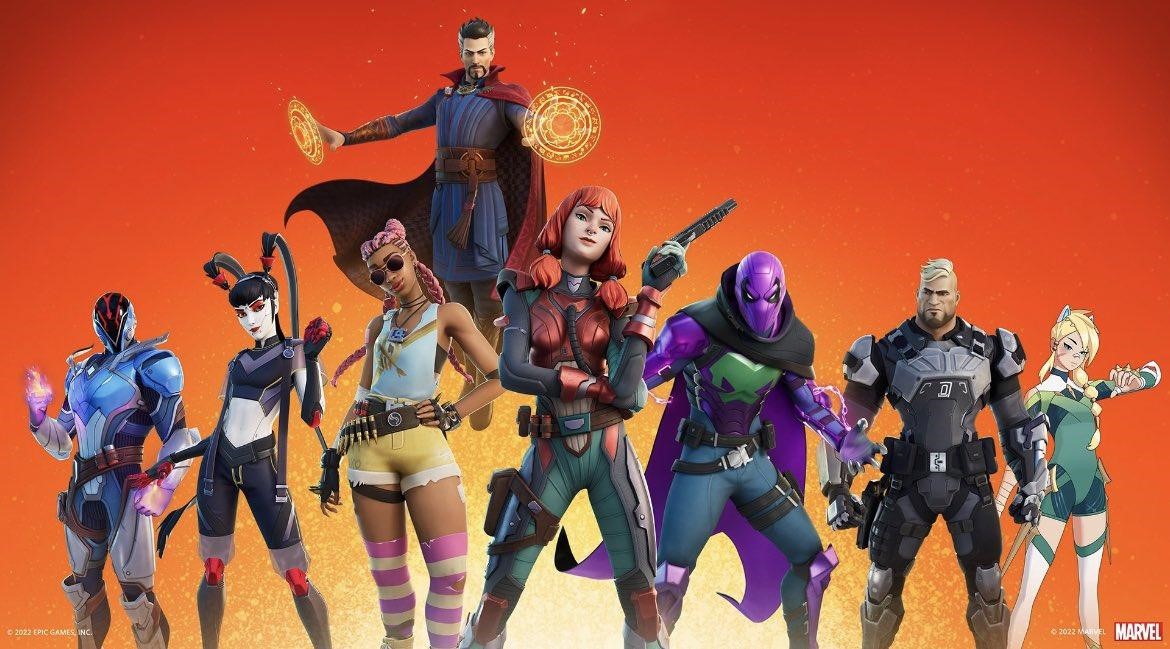 There are also special quests that allow you to reprogram the Omni sword pickaxe in the sense that you can use a different blade with it, different guard, color, and sound.

The characters are scattered across the map, and some characters have different locations.

The Origin, The Imagined, and The Visitor

You’ll find The Origin character in the sanctuary and the Visitor at the launch pads.

The Scientist, Agent Jones, The Foundation, and The Bunker Jonesy

You’ll find The Scientist at the Synapse Station, The Foundation at the Sanctuary, and Bunker Jonesy at The Joneses.

You’ll find Ludwig, Brainiac, Mullet Marauder, and Jonesy The First at different spots of The Joneses.

All of them are seen at various spots in Camp Cuddle.

Guaco is at the Greasy Grove, Lil’ Whip is at the Coney Crossroads, Bao Bros is at Condo Canyon, and Tomatohead is at the Tilted Towers.

You’ll find Doctor Strange in the Daily Bugle, Mancake at the Butter Barn, Peely at the Wrecked Bus, Gunnar at the Command Cavern, Huntmaster Saber at the Tilted Towers, and Stone at the Fortress.