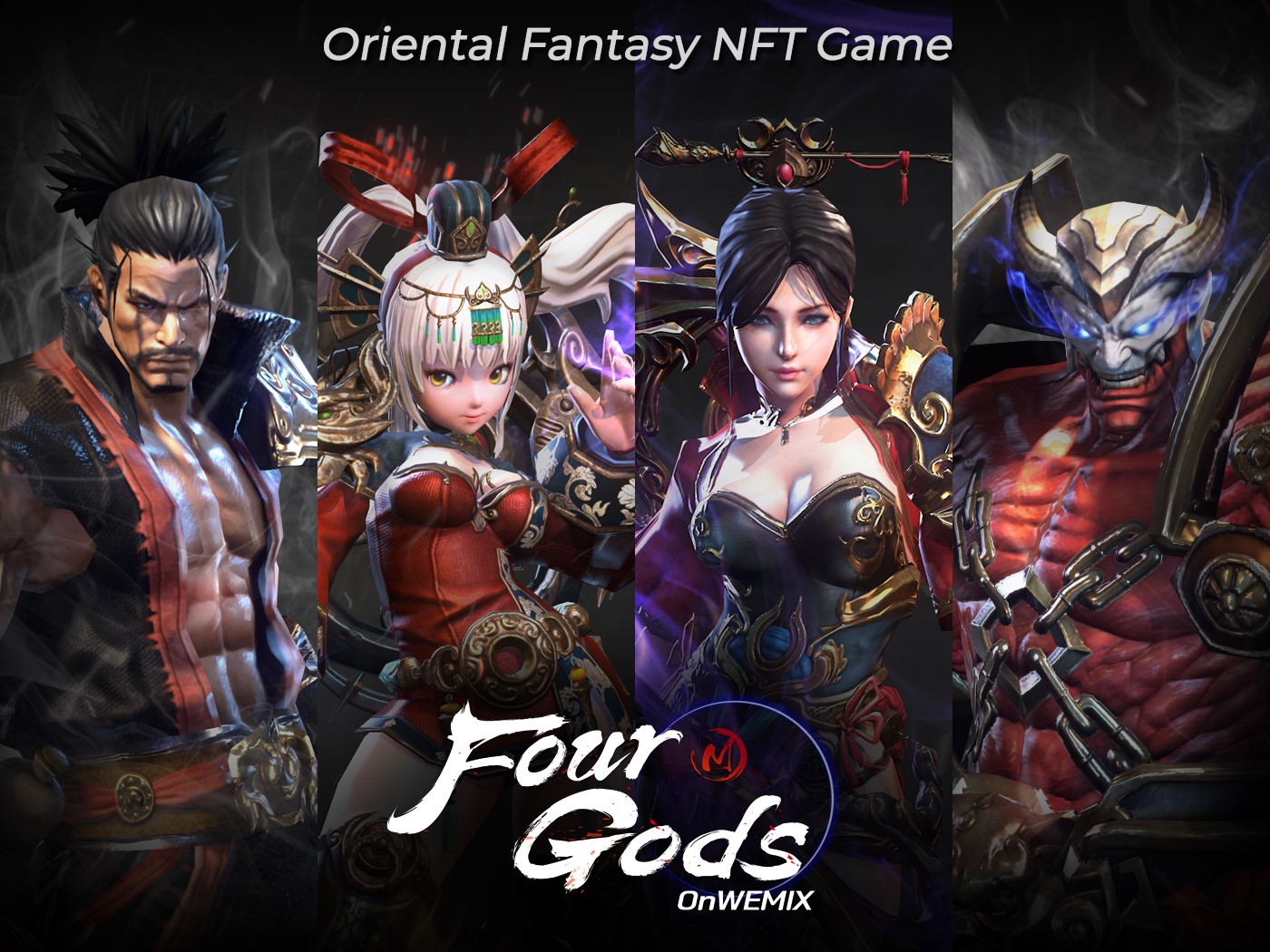 Released globally just a few days ago, Four Gods on WEMIX has attracted quite a handful of players due to its system. Basically, it’s a blockchain-oriented MMORPG that lets you earn while you play.

However, familiarizing the mechanics of the game can be quite daunting, especially for newbies.

As such, if you’re a beginner, then this beginner’s guide is perfect for you.

The goal of playing Four Gods is to earn as many red gems as possible. These red gems can be farmed from various locations. Once you gathered enough of them, you’ll be able to exchange them for LUX tokens, which are this game’s NFT tokens.

Specifically, you’ll need at least 100,000 red gems to get 1 LUX token. However, you can only start farming this resource on higher levels as the monsters that drop them are of a higher level as well.

As such, you’ll want to focus on leveling up and increasing your gear score as high as possible.

Gear is classified into grades, with D as the lowest and S as the highest. There will be a point in the game where you’ll be required to upgrade your gear. To do this, you’ll need to level up a gear to level 10. Once it hits level 10, you’ll see a button stating Upgrade Gear.

To upgrade your gear, you’ll need an upgrade orb that has the same grade as the gear you’re upgrading. Upon upgrading, you will increase that item’s grade. So for example, if you upgrade a grade D weapon, it will become a grade C upon upgrading.

Once it has raised its rank, you can then do Enhancements. To do this, you’ll need an Enhancement Spell which you can obtain from the shop or as a drop from field bosses and Elite+ monsters. Keep in mind that the higher the enhancement level, the lower your chance of success is.

Now let’s get to the meaty part – earning money while playing. To earn money in Four Gods, you’ll need to farm Red Gems. There are two ways to do so. First is by mining the nodes in the Collecting Dungeon. Second is by running the Tower of the Departed dungeon.

The first method takes place in a PK area, so if you go there as a low level, you’ll be killed by other players quickly. Meanwhile, the second method is a dungeon that contains a lot of powerful monsters.

This is by far the most lucrative method as you can get lots of red gems this way.

However, monsters in this dungeon are quite powerful, so only do this if you have a high enough gear score. Also, you’ll need an entrance ticket which can be purchased using red gems.

Once you have obtained 100,000 red gems, you can then exchange them for a LUX token. Another way to earn money is to sell your gear as NFT. However, you can only do so once they reach MAX level.