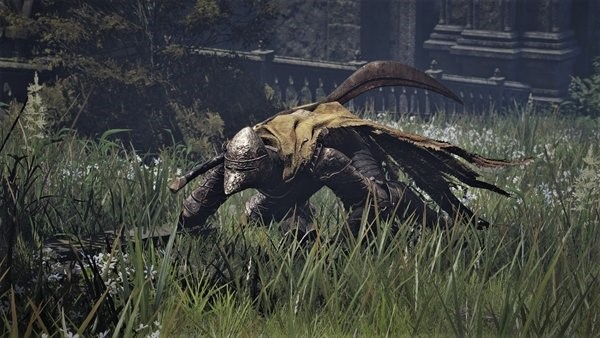 One such knight is a miniboss that you can find inside of a dungeon. Let’s find out how to get to that boss arena.

How to Beat Bloodhound Knight Secret Boss in Elden Ring

This secret Bloodhound Knight boss I’m referring to can be found inside the Lakeside Crystal Cave. You can find the entrance to this cave on the southwestern cliffs of Liurnia of the Lakes, just a short distance from some large crystals.

Upon entering the cave, you’ll want to find your way down until you reach the boss room. As soon as you enter the boss room, you’ll then come across the Bloodhound Knight boss.

How to Fight the Bloodhound Knight

If you’re still in the early parts of the game, then you might find the Bloodhound Knight to be a tough cave boss encounter. The most challenging part of this fight is that it has a teleporting attack that can be a bit confusing for players to avoid and counter.

Upon entering the room, it will perform a telegraphed attack which will then be followed by a few fast swipes. As soon as you dodge its first attack, you should be prepared to dodge the incoming rapid attacks as well. Once done, get in a hit or two then keep a distance.

Make sure to keep an eye on its teleporting attack since it will use it to close the gap between you and him. When doing this attack, the Bloodhound Knight will perform a windup animation, but make sure you don’t dodge too soon, otherwise, you’ll end up getting hit. It’s best to wait for the knight to disappear before you roll.

Also, it will follow up with another attack, and only after that will you be able to get in a few hits. This is pretty much the moveset of the Bloodhound Knight.

You just have to memorize the pattern and don’t get greedy. Getting in one or two hits every window of opportunity is more than enough to win the fight.

You’d also want to take advantage of the summoning mechanic. Even the starter Lone Wolf Ashes can be a great help during the fight. Though they won’t last long, they’d still serve as a good distraction so you can pummel the knight and whittle down its health as quickly as possible.

Also, the wolves will make the knight flinch which will present you with an opportunity to perform your combos.

You can also do a charged heavy attack to stagger the boss as soon as possible, allowing you to perform a riposte for some massive damage afterward.

As long as you play it safe and not get greedy, you should be able to take down the Bloodhound Knight and obtain the Cerulean Amber Medallion as the reward. Additionally, you will gain access to the Slumbering Wolf’s Shack.

ALSO READ: Roblox: How To BEAT The MAZE & Get The First KEY | Doodle World