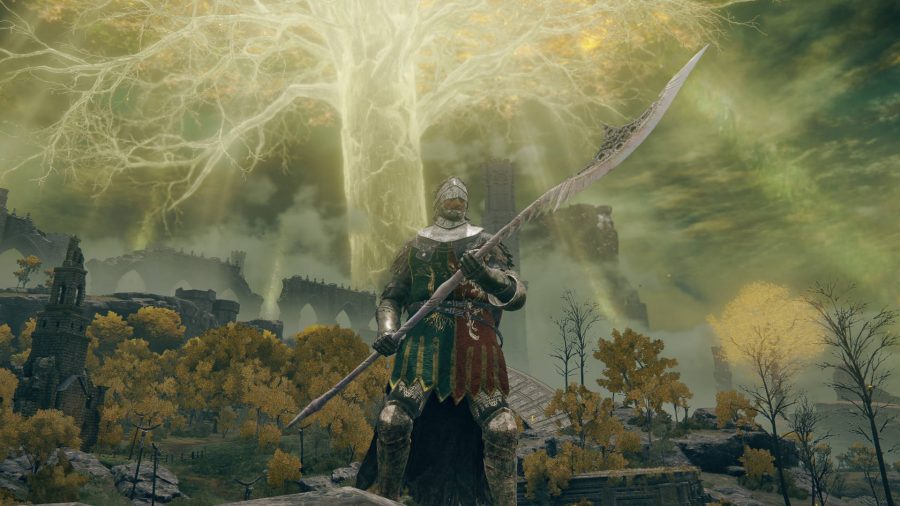 Faith allows Tarnished to cast incantations and form offensive and defensive spells. Several weapons scale with Faith, but only a few can be considered strong and useful as the game’s difficulty rises. With that said, we have compiled a list of the best faith build weapons that can greatly help you in-game.

Some weapons can be stacked with both Faith and another attribute at the same time. This is why few Faith build weapons are considered gamechanger.

Godslayer’s Greatsword is a Colossal Sword that scales with Dexterity and Faith, making it a good weapon for characters who inflict fire-based damage. Its unique skill, the Queen’s Black Flame, swings a black flame in a sweeping slash, followed by another mid-range swing, dealing respectable damage in PvE and massive damage in PvP.

It’s not as good as the actual spells that deal with black flames but Godslayer Greatsword still offers extra damage on your Ashes of War. Its moveset is faster than other swords of the same kind but it deals less damage overall.

You can obtain the Godslayer’s Greatsword at the Divine Tower of Caelid, inside a chest behind the Godskin Apostle’s boss arena.

The Golden Epitaph is one of the most famous and unique Straight Swords in the game. It scales primarily with Dex, Strength, and Faith, and is a great weapon for dealing Holy Damage. Its unique skill, Last Rites, acts as a buff and grants the Sacred Order effect to yourself and nearby allies. Since it buffs the player and not the weapon, the Epitaph can be switched with other offensive swords after casting Last Rites. Pairing this weapon with the Coded Sword will give you a huge boost in damage.

The Golden Epitaph can be looted off a corpse in Auriza Hero’s Grave. Use a Stonesword Key on the Imp Statue in the area to remove the barrier blocking the entrance to the room where the body is located. Be careful of Basilisks in the area.

Third on the list is the Beastclaw Great Hammer, a Greathammer that scales off Strength, Dex, and Faith. It’s an ideal weapon for players with high strength and is powerful in PvP. Regal Beastclaw, the weapon’s unique skill, deals a great amount of damage due to its range and very fast moveset.

The Beastclaw Greathammer can be obtained from Gurranq after you turn in their 7th Deathroot.

The Halo Scythe is a Reaper that scales primarily with Dex and Strength, and is an amazing weapon for fighters who are Faith-based. Its unique skill, Miquella’s Ring of Light, allows your character to swing this weapon, summoning a halo of light that shoots forward. This skill deals Holy Damage and applies Bleeding buildup to everyone it hits. The Halo Scythe creates an incredible amount of space that gives more freedom to your character while in PvP.

You can obtain the Halo Scythe from Cleanrot Knights located south of the Heart of Aeonia. Equipping this reaper together with the Winged Scythe increases your AR by an ample amount. Top it off with its unique skill, Angel’s Wings, this combination has become a favorite of many Tarnished.

The Magma Wyrm’s Scalesword is a Curved Greatsword that scales with Strength, Dex, and Faith. It is another good weapon for dealing additional fire damage. Its unique skill, the Magma Guillotine, deals respectable damage in PvE, especially against bosses. On the other hand, the magma blasts are incredibly powerful in PvP and are more than enough to easily kill other players.

This Scalesword is dropped from Magma Wyrm Makar in Ruin-Strewn Precipice.