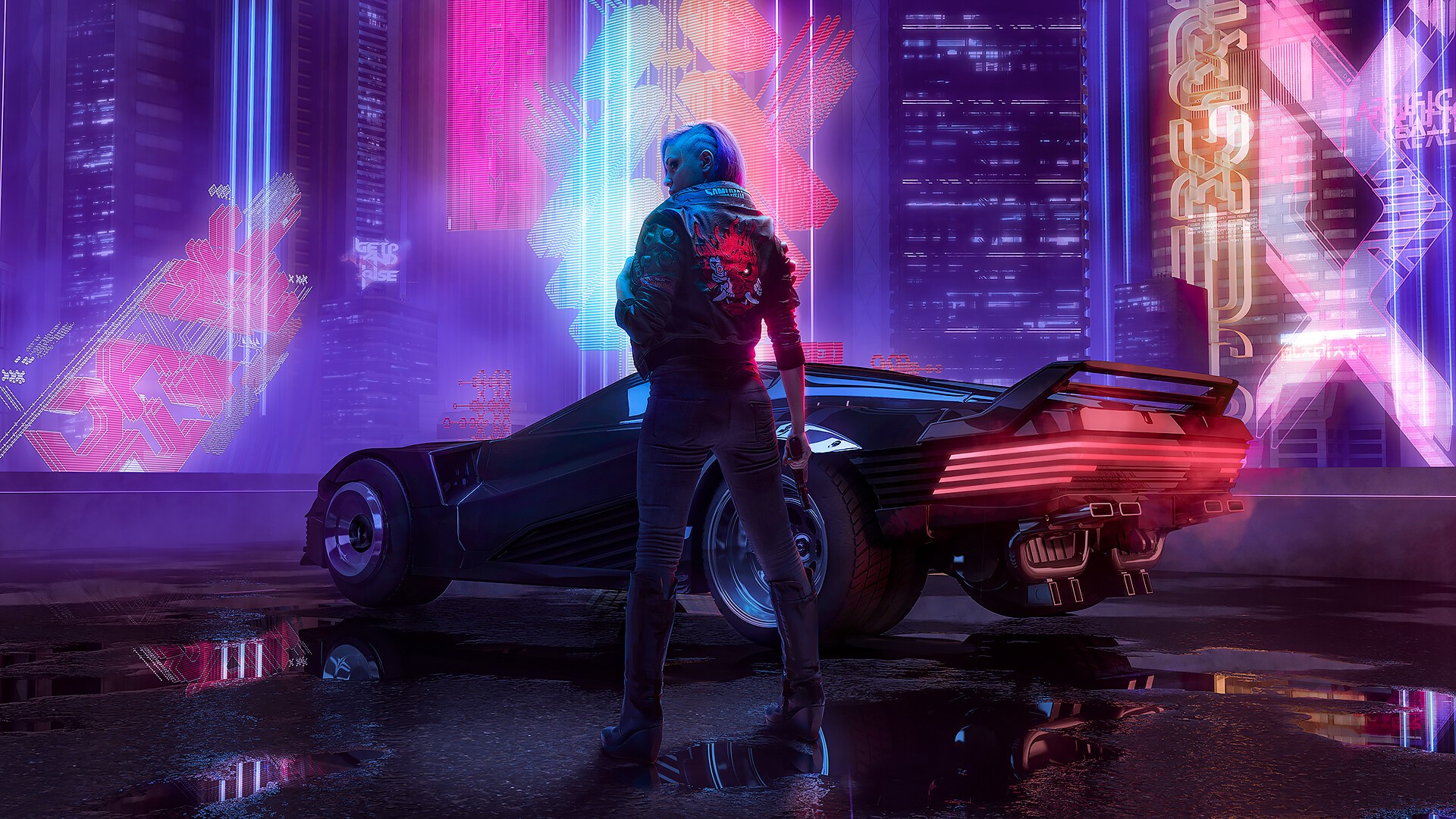 With the recently released Cyberpunk 2077-inspired anime on Netflix, Cyberpunk: Edgerunners, players are coming back to the game, and the anime has attracted newcomers.

In the game, there are items with their corresponding rarity. We are going to show you how you can obtain one of the Legendary items, the Manganese-Laminate Nomad Gas Mask.

In Cyberpunk 2077, you do not need to worry about not getting gears just because you’re not doing missions.

There are gears you can get just by exploring Night City. You can even find the Legendary Mask. Some Legendary items can be obtained when you do the main mission or side Gigs.

To obtain the Legendary mask, you need to travel to the location indicated in the picture above. Head south of the city, to the Badlands. You can fast-travel to Solar Arrays or Autowerks.

You need to reach this container. If you fast-travel to Solar Array, just head south. But if you travel to Autowerks, you need to go west.

You can gather some items around the area, but what you need to find is a couch with a small box on it. Get close to it to obtain the Legendary mask, Manganese-Laminate Nomad Gas Mask.

With the new version update, if you do not want the stats of the mask but want its appearance, you can just wear the one with the stats that you like and use the appearance of the Manganese-Laminate Nomad Gas Mask.

Genshin Impact: All Primal Embers Locations in Try to Open the Coffin

Opening the coffin in The Secret of Al-Ahmar questline in Genshin Impact requires you to locate and release four Primal Embers.

In Genshin Impact, players can now obtain the questline “Golden Slumber,” which will have players trying to open the tomb of the late Scarlet King, King Deshret.

To do this, players will have to release four Primal Embers and follow them to their corresponding Primal Torches within the Mausoleum of King Deshret.

These Primal Embers are found fairly easily within the Mausoleum of King Deshret, and we’ll tell you all locations in “Try to Open the Coffin,” so you can unlock the secrets of the Scarlet King.

Take the stairs upward to the right-hand side of the main room. Then, take the far left corridor behind the trap mechanism there. Keep moving down the corridor until you reach the room with the Seelie.

Take another left into a new corridor, where you will swing yourself up to the upper level (Four-Leaf Sigil) towards the direction of the mural there. ‘Release’ the first Primal Ember here, and follow it to light the first Primal Torch.

Take the stairs on the right-hand side of the main room. This time, take the far-right corridor that is near the trap mechanism. You’ll then need to open the door with the Blue Book mechanic in front of it.

After this, follow down the corridor and take the right-hand path. Again, look up towards the mural and swing yourself to the upper level. Release the Primal Ember here and follow it to the second Primal Torch.

Take the stairs to the left-hand side of the main room. Then, head over into the right corridor. On your right side, take the first path. Head towards the mural and glide using the wind currant to land on the higher platform level. Release the third Primal Ember here and guide it to the third Primal Torch.

Take the stairs to the left-hand side of the main room. Head instead toward the left corridor. Keep an eye out for the mural on the left-hand side and swing yourself up to the upper level using Four-Leaf Sigil. Here you can release the fourth and final Primal Ember.

Some guides may indicate the Primal Embers done in different order, which doesn’t matter – as long as you are able to release all four, you’ll be able to complete the objective and quest.

After you’re located all four Primal Embers at their respective locations and released them to their Primal Torches, a cutscene will be played involving the opening of the coffin.