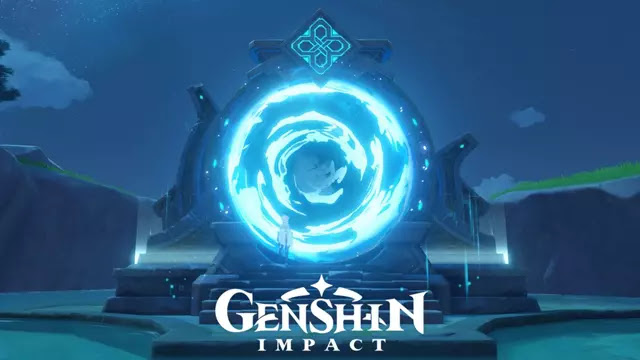 The Chasm’s underground is filled with secret messages, including mysterious letters and abyssal writings at different locations in the video game. You’ll come across nine secret messages, usually in two parts. Deciphering these messages requires a bit of wit in Latin and decryption.

The Secret Meaning Of ABYSS Messages In Chasm – Genshin Impact

Recently, users of Reddit and players of the Genshin Impact deciphered the meanings of the ABYSS messages found in the Chasm. The abyssal messages, divided into top and bottom, are a combination of sentences. Its top part is an encrypted message, while the bottom could be directly translated to Latin.

In its bright purple colour, the first abyssal message was translated to give the sentence, “The dweller in heaven sends the thorns”. Decrypting this message, we think it must be referring to the destruction of Chasm by Celestia.

The second abyssal message was translated to give the sentence, ”Not to be”.

The writing was translated as “I bewail the dead” at the third abyssal message location. After decryption, we think it might refer to mourning the people killed by Celestia.

The fourth message held the sentence “The growth of Agnarr”. Agnarr is a Pyro Abyss lector, and the decrypted message must mean that he’ll rise again after his defeat in the “Perils in the Dark” quest.

The fifth location held a message translated to “The way of the Abyss”. We think the message must mean the journey into the Abyss.

At the location for the sixth message, its meaning in English is “I call the living”. We think it’s a message from the abyss to the living but uncertain who is calling to the living. However, players speculate it could be the Abyss queen or twin.

The seventh message after translation means “Faithful Egill”. Egill is another Abyss lector that was taken down with Agnarr.

The translation of the eighth message in English is “And Shadow”.

The final abyssal message translated to “To prevent the shedding of tears”. We think whoever wrote the message wants to prevent something that could cause tears.  However, we do not know who is causing or preventing the tears.

Players suggest the combined messages mean that the Celestia dropped the “thorn” and is still firmly against the Abyss. They think Egil and Agnarr mourn the dead and call to the survivors asking them to join the Abyss to prevent suffering.

Capture the joys of everyday life.

With you going on your first and last field trip to Tieng Valley alongside Estelle, you see the different souls left that are trying to make the most out of the time they have. A good lot of them have accepted the fact that they can’t stop the change that is coming and some still hold on to the past. Things get sentimental when you’re on borrowed time like that. Lucky for you, you still have all the time you need to get every trophy in the game. Even when it seems like everything is going sideways we’ll still be here to help you get the Artist Assistant Trophy!

In this guide you will learn how to capture Tieng Valley. As vague and open-ended as it sounds it’s pretty easy to do! You will just have to visit another place in the valley and strike up a conversation with Maytora.

If you’re at a point in the game where you just received the trophy for Deep Listener then you should still be at the eastern side of the valley. Your roadster bicycle has done you quite a service getting you here and it will continue to do so as you need to head further into the forest.

Your destination is just one or two pumps away, once you see a stone bridge take a right and go around the back of the house, you should see a red art piece on top of a wooden table when you get there.

Next she’ll have you look through a junk pile, grab anything you can find there and take it back to her and listen to what she has to say again.

When you bring the item of your choice to her you can continue the conversation with any dialogue option you like, and that’s it! You should immediately get the Artist Assistant Trophy after the cutscene finishes. Now ride like the wind and go try it out!