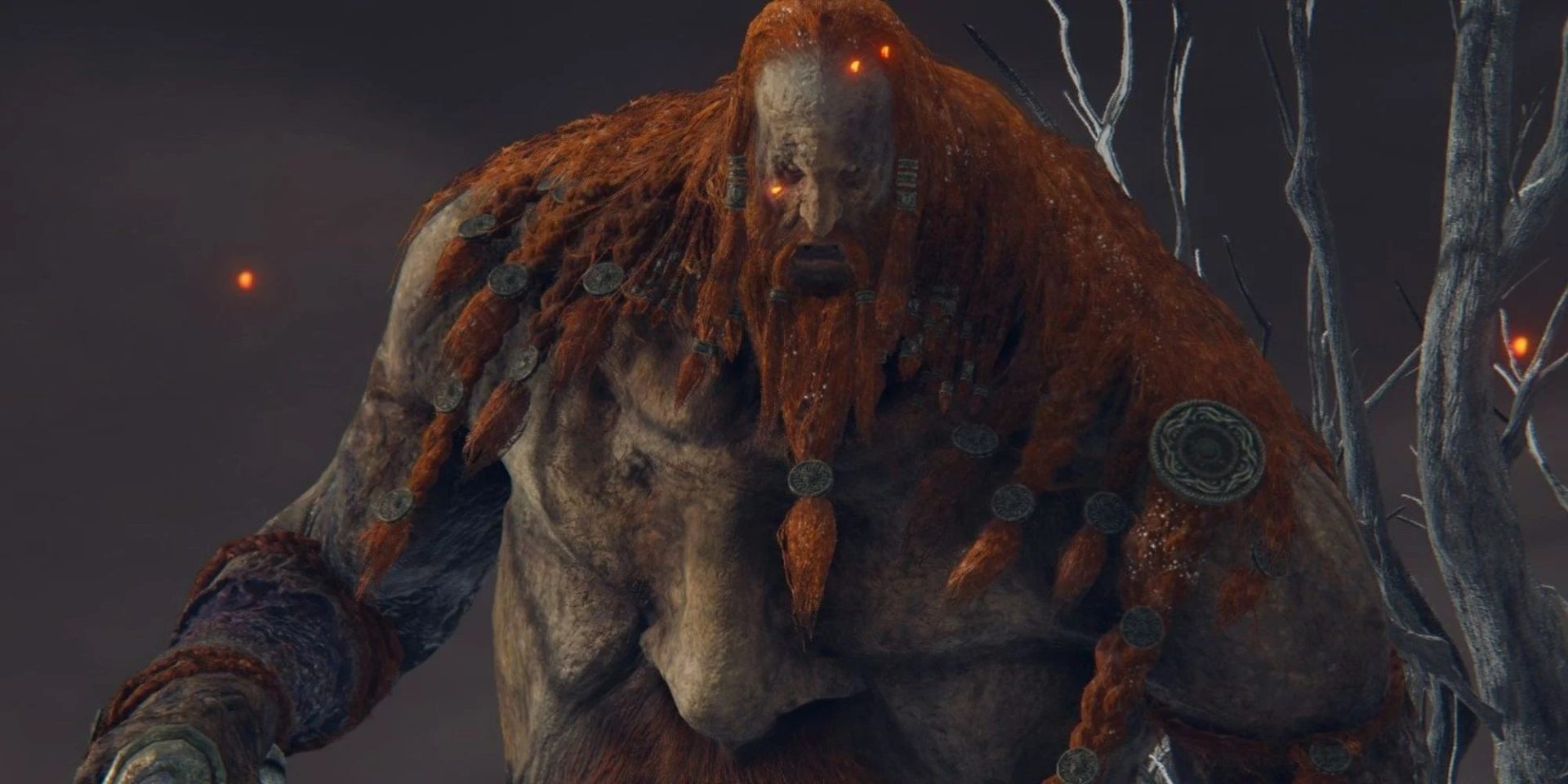 There have been a lot of players who were struggling against the Fire Giant boss in Elden Ring. It’s a late-game boss you’ll encounter in the Mountaintops of the Giants. What makes this boss particularly hard for a lot of players is its tremendously high HP and attacks that seem to deal a lot of damage.

What’s even worse is that your camera will be working against you throughout the fight. I personally struggled with the boss before, until I found out that he’s actually weak to Frost damage, so I just spammed the Hoarfrost Stomp ash of war to beat him.

Unfortunately, that skill’s been nerfed to the ground, so you’ll have to use other tactics to beat it. While a lot of players resorted to cheesing the boss, there are actually a couple of ways to beat him fair and square. This guide will cover that one particular strategy.

How to Defeat the Fire Giant Fast in Elden Ring

You have to keep in mind that the Fire Giant is a mandatory boss. Hence, you’ll have to defeat him to progress the story. In other words, you have to actually “git gud” at this part, unless of course if you choose to go the cheese route.

You also want to apply the Seppuku ash of war into it, then make sure to activate it after entering the arena to gain blood loss buildup on your attacks.

To maximize your damage, you want to wear the Kindred of Rot’s Exultation to boss your damage by 20% whenever you inflict Poison or Scarlet Rot to nearby enemies. Since you can easily apply those two status effects, that means you can benefit from the damage increase which lasts for approximately 20 seconds.

Then, you also want to wear the Lord of Blood’s Exultation for yet another 20% damage increase each time you inflict bleed on the Fire Giant. This stacks with the buff from the Kindred of Rot’s Exultation, giving you a total damage increase of 40% once you proc all three status effects.

Lastly, you want to wear the Mushroom Crown headpiece for an extra 10% damage increase when applying poison or rot to your target. This will stack with the previous talismans for a total of 50% increase in damage. Alternatively, you can wear the White Mask headpiece which gives the same 10% damage increase but activates when you inflict blood loss.

Now that you’ve got your gear, you can head to the boss arena. I recommend using the Mimic Tear summon so you can have a copy of your proccing bleed on the boss. Also, if you’ve followed Iron Fist Alexander’s questline, you should be able to find his summon sign just a short distance from the fog gate.

During his first phase, you’ll want to target his left leg until the locks are broken, then simply attack him while avoiding his attacks until he gets down to 50% HP, which is when the second phase starts.

You don’t want to lock onto him during this phase. Simply stay behind him or just right next to one of his thighs, then have Alexander or your summon take the aggro. Whenever he performs an AOE spell, get away as far as possible then re-engage once the spell is over.

With Poison, Scarlet Rot, and Blood Loss being inflicted on the boss throughout the duration of the fight, while having your summon or Alexander take aggro, you should be able to take down the Fire Giant as quickly as possible.

ALSO READ: Call of Duty Warzone: How to Unlock ALL 3 Golden Vaults on Rebirth Island 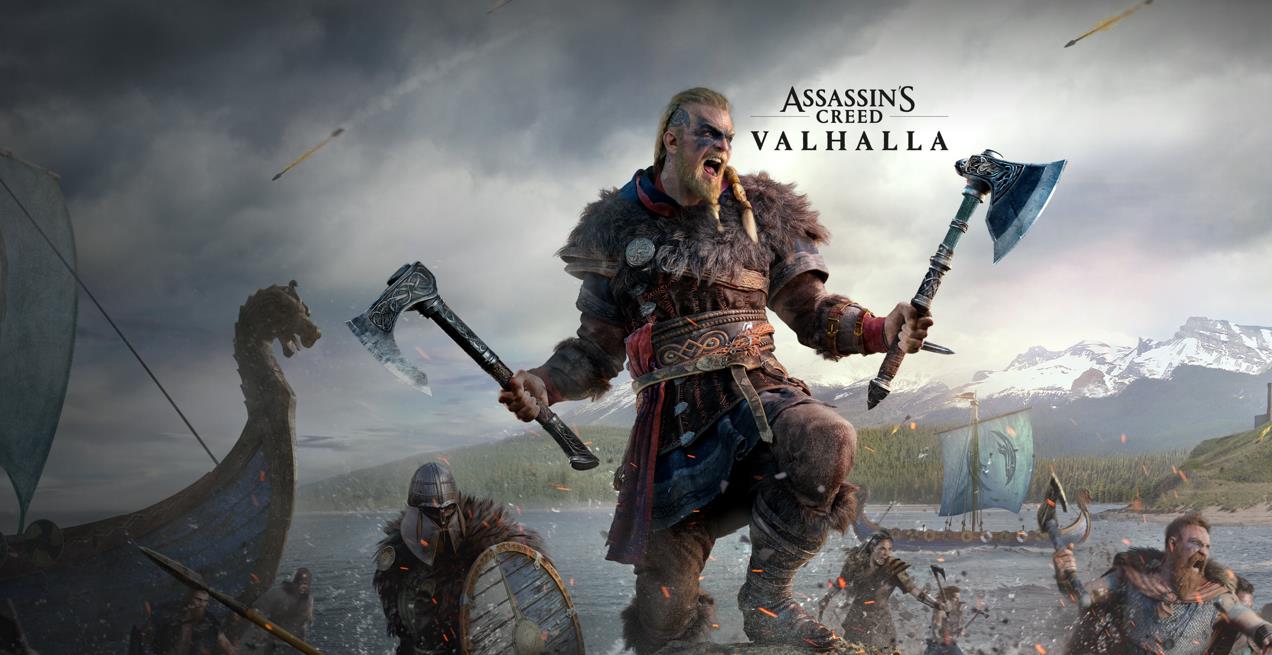 Since high school, I’ve loved playing the Assassin’s Creed games because I’ve learned so much about history from them. It’s the best feeling to study while having fun, and the Assassin’s Creed games take us from the Holy Land in Altair’s story to the British Isles with our Viking brothers. Even if we have “Eagle Vision,” there are times in this game when we must solve riddles or locate hints in order to obtain legendary armor. If this sounds like you, don’t worry—we’ll be here to help you uncover those hints so you may obtain the legendary Saint George armor and weapons!

Finding two of Saint George’s fabled armor pieces is the main goal of Treasures of the River Severn. They must be located somewhere along the river.

They are reportedly in big military installations. You might be possible to finish some of the tasks for the quest The Legacy of Saint George while raiding the River Severn in pursuit of Saint George’s armor.

Although it is more likely that they would be in the Eastern Fortification, Island Camp, and Lowlands Camp.

Finding hints concerning the whereabouts of the missing parts of Saint George’s legendary armor is the major goal of the quest The Legacy of Saint George.

It is only a matter of searching the entire area since there is only one Monastery on the River Exe.

The building that is furthest from the water is where you’d expect to find the clue. The clue is sitting on a table in the room’s corner as soon as you enter the building through the door.

The other loot that spawns inside this building will determine whether or not it is guarded.

There are two monasteries on the River Severn. The Northern Monastery, which is located in the northeastern portion of the map, has the answers.

To remove the door’s bar, fire through the grate. After that, leave the chapel and go inside the adjacent chamber to get the clue.

The order in which you get these hints is irrelevant. You will be instructed to give the final clue back to Vagn at the River Raid Dock after you have found it.

You can either leave the raid at this point or carry on. Somewhere along the river you are raiding, there may be objectives for additional missions that can be finished.

Discovering two of Saint George’s fabled armor pieces is the main goal of Treasures of the River Dee. They are reportedly in significant military installations near the river.

You can find Saint George’s Armor someplace in the Hillview Outpost. The Wealth boxes in each location will appear in random areas with each game, making it impossible to pinpoint their precise placement within the outpost. A sizable military outpost, the Hillview Outpost.

Saint George’s Great Helm can be found in Deebury. Its exact location within the fort cannot be specified, because the Wealth chests in each location will spawn in different locations with each playthrough. Deebury is a mid-size military location.

A “fearsome champion” who resides somewhere in the River Dee castle is claimed to be in possession of the Sword of Saint George. To get the sword, you must locate and vanquish this champion.

The Deva Victrix castle, at the far end of the River Dee, is where the champion can be located. The largest fortification in River Raids is this one.

It starts at the river’s bank and climbs the mountain to a tower covered in ice and in disrepair.

The fortress is closely watched. Get to the old tower at the summit by fighting your way past the barriers.

You will come upon a door that needs to be forced open after you reach the ice-covered tower. When the door is forced open, a brief cutscene of the champion brandishing The Sword of Saint George will begin.

The battle starts once the cutscene concludes. Be prepared to avoid since the champion will quickly charge and lunge with the sword.

His attack in battle is this. The area is constrained, making it impossible to back up for long-range shots.
Your crew will enter the conflict. This will provide you chances to assault the champion while he is preoccupied.

Confirm the kill once the champion has been eliminated to get Saint George’s Holy Sword.

The mission The Sword of Saint George and the River’s quest arc will now be complete.