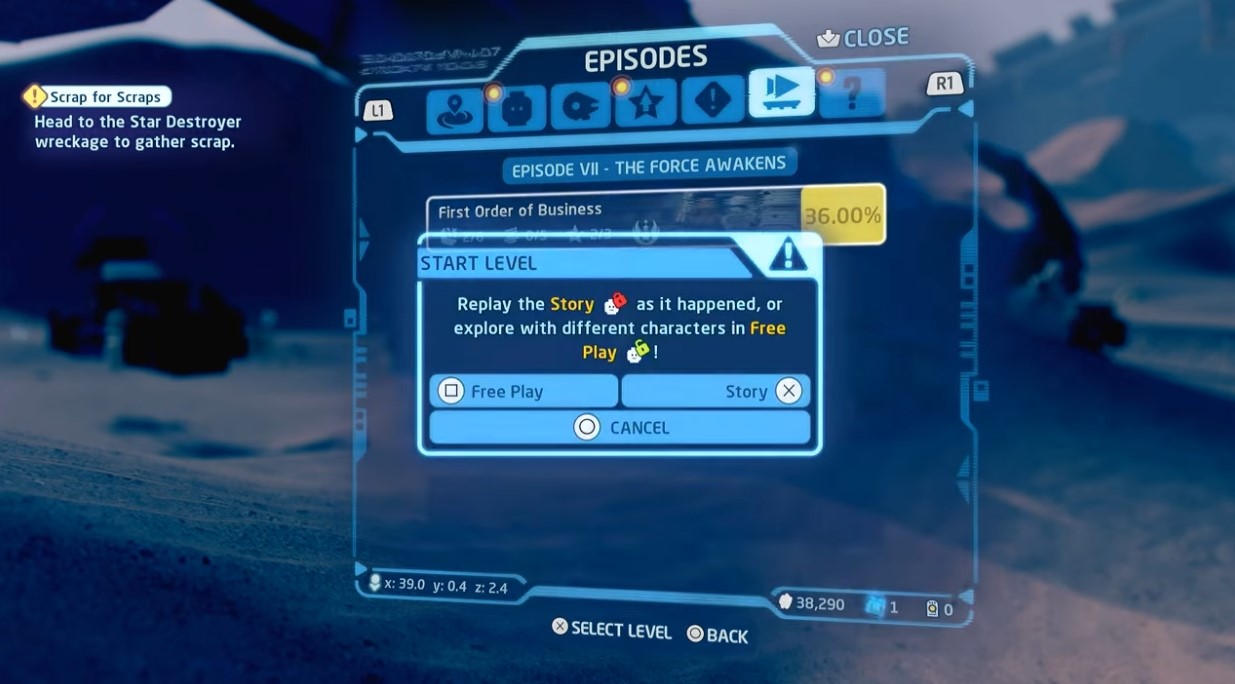 LEGO Star Wars: The Skywalker Saga introduces tons of stuff to explore throughout various missions. However, a lot of stuff you can come across during your playthrough tends to be inaccessible for various reasons like requiring a specific character class, a specific item from another mission, etc.

The good news is, the game allows you to replay missions you’ve already finished so you can access those stuff and other areas which were otherwise inaccessible before. The problem is that knowing how to replay these missions can be hard at first. Luckily, we’re here to help you out.

How to Replay Missions in LEGO Star Wars: The Skywalker Saga

Replaying missions in the game is pretty easy. You just have to open your Galaxy Map using the Select button for the platform you’re playing on. From there, look for the Episodes tab.

We highly suggest replaying in Free Play as this will allow you to use characters you’ve unlocked from various missions. After that, simply repeat the same process for any story mission you want to replay.

That’s no doubt the easiest way you can follow to replay missions. There’s another method you can follow, but this one is a bit convoluted. It involves interacting with a set start location on every planet after completing a mission.