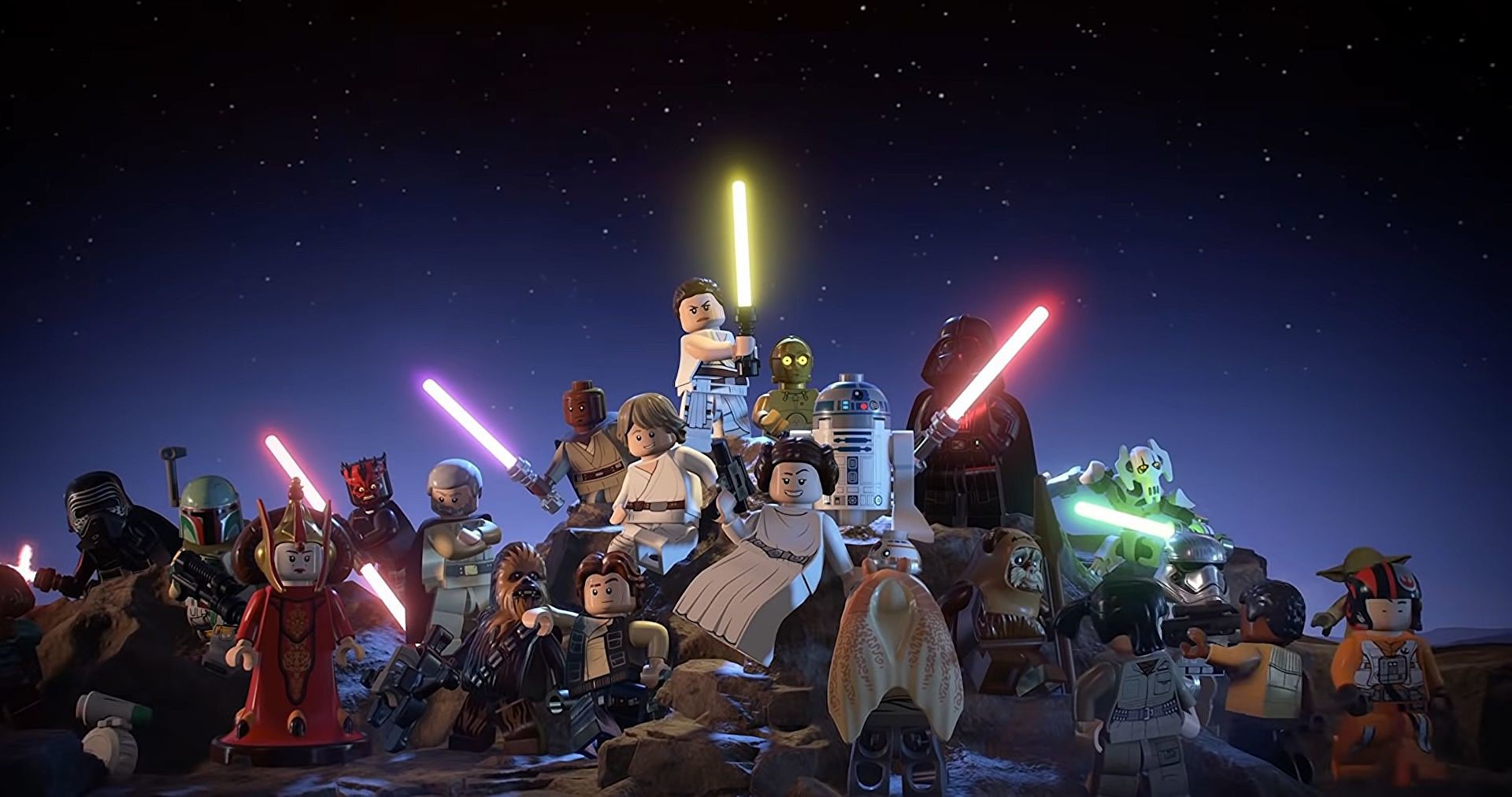 It’s quite common for PC games, especially ones that have just been released, to encounter performance-related issues within the first few weeks. LEGO Star Wars: The Skywalker Saga is not an exception. Despite not graphically demanding, the game actually suffers from performance issues across all systems, regardless of the specs.

While these issues can be ironed out with several performance patches and fixes, they can be quite annoying, especially for fans of Star Wars. Luckily, there are a few fixes you can apply in the meantime to boost the game’s overall performance on your PC and increase its FPS, all while preventing the occurrence of crashes at the same time.

How to Increase FPS and Boost Performance in LEGO Star Wars: The Skywalker Saga

However, this doesn’t mean you’ll be free from performance issues, as beefier systems can still experience them. For that, you want to apply the following methods:

First and foremost, you want to make sure that your graphics drivers are up-to-date. NVIDIA and AMD normally roll out new driver updates to fix and improve performance across a wide range of games. If yours is outdated, chances are you’ll experience stuttering and performance issues on a regular basis.

PC games will normally auto-detect your system to pick the highest possible settings to run on. If you haven’t tinkered with the game’s in-game settings yet, then it’s likely that they’re set to the maximum settings by default.

To change this, simply open up the Menu, head to Video Options, and follow the recommended settings below:

You can of course lower these settings based on your PC’s specs. If you’re still experiencing low FPS and performance issues after applying these settings, simply adjust them to the lowest settings possible until you see noticeable improvements.

Terraria: How to Get Hand of Creation Accessory in 1.4.4

The Hand of Creation is a useful item that lets you mine, build and harvest faster in the game. 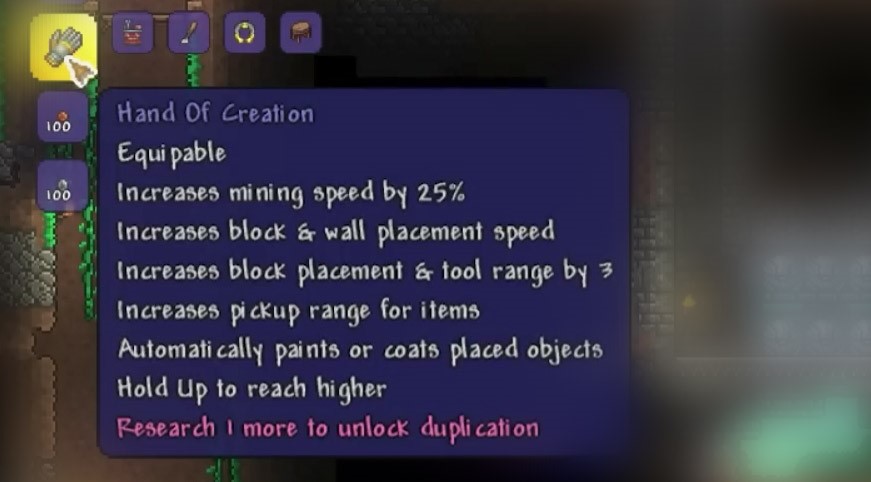 It looks like the game developers of Terraria have listened to all our requests on this one. The latest Labor of Love Content in Terraria 1.4.4 allows players to mine 25% faster, increase building speed, expand the radius for us to pick up harvested materials and even give us an extra reach for us to pick up things.

That’s the Hand of Creation for you. A handy tool (pardon the pun) and must-have equipment especially for players who enjoy the creative side of Terraria.

Like in real life, however, obtaining something as good as this item will require you a bit of effort. Never fear though, we’ve got you covered as we guide you on how to get the Hand of Creation in Terraria 1.4.4.

How to get the Hand of Creation Accessory in Terraria 1.4.4

There are 2 sets of materials you need to collect in order for you to Craft the Hand of Creation. Four of these items are being sold by the Travelling Merchant and the next set of items can be found in Chests across the map areas.

To keep things simple, we will first start with the first set of materials that can be purchased at the Travelling Merchant.

These are the Brick Layer, portable cement mixer, extended grip and paint Sprayer. Each item has a specific use when used individually.

Combine the four items to create the Architect’s Gizmo

Crafting these four items will give you the Architects Gizmo which is a single item that does all three items combined.

Search for the next set of items on the map

By now, you already have the Architect’s Gizmo which is a handy tool in itself. What we are going to do next is to upgrade that gadget further into the Hand of Creation. To do this, you will have to look for three more items.

Combine these items to create the Hand of Creation

Once you have the next set of items, combine them on your workbench to get the Hand of Creation accessory. This accessory is a combination of seven different accessories with seven specific moves or boosts to make your exploration and building a lot more efficient and less of a hassle.