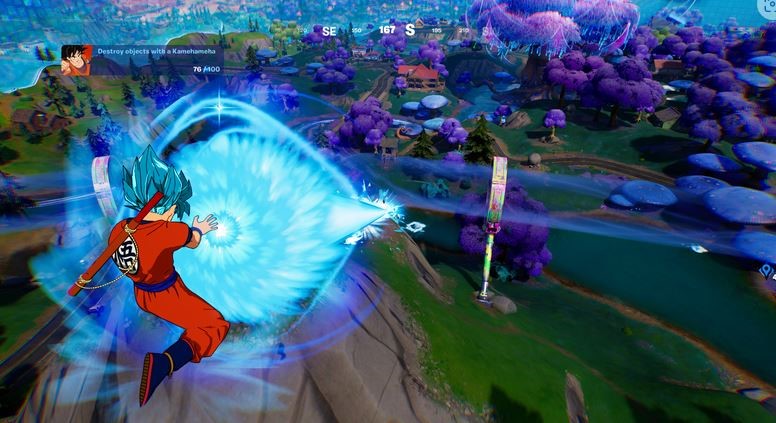 The ‘Adventure Island’ for Dragon Ball Z is essentially a spin on Fortnite’s traditional ‘creative’ mode – so even though you won’t be building anything, it is entered entirely the same way.

To enter, you need to select a game mode on the main screen once in Fortnite. From there, simply scroll down until you locate ‘Adventure Island.’

While looking for Adventure Island, you might notice another Dragon Ball-related option – ‘Dragon Ball Super Episode Festival.’ This needs to be entered the same way, depending on the event you’re trying to gain access to.

Adventure Island, once you’re on board, is essentially an in-game Fortnite tribute to all things Dragon Ball.

The island is broken up into multiple parts; 5 total, which are each themed and correspond to a location from the anime. These are accessible by Capsule Corp ships.

The most exciting part of this crossover, naturally, is the ability to complete quests/missions to earn Dragon Balls. While you can also jump into the tournament on the island for some PvP fun, or head on over to Dragon Ball Super Episode Festival to watch some free episodes of ‘Dragon Ball Super,’ the focus of this guide is to explore exactly where and how to complete the additional quests as part of this limited time crossover.

So, when does the ‘Adventure Island’ end?

You have until August 30th to complete the various quests, but likely until September 17th to continue to have access to Adventure Island and streaming free episodes of Dragon Ball Super (unfortunately for us, they play the same episodes on repeat).

Before you try to get your anime fix, here’s how to complete the quests in Dragon Ball Z’s crossover event before time runs out!

How to Complete All Dragon Ball Z Quests in Fortnite

The Dragon Ball crossover event might be the biggest in the history of Fortnite yet, offering tons of Dragon Ball themed cosmetic items in the shop, Capsule Corps capsules for obtaining rare items, and all of Adventure Island to explore.

You can gain access to all of the Dragon Ball quests for this event by selecting the ‘Dragon Ball’ at the top of the main menu – as the event goes on, more quests may become available – so keep an eye out!

The quests are broken up into different subcategories which include: “Warm-up,” “Sparring Practice,” “Strength Training,” “Agility Training,” “Endurance Training,” “Focus Training,” and “Recovery.”

Completing these quests will raise your power level and net you some Dragon Balls; collecting 7 of which will help you to unlock the Shenron Glider!

Here are all of the current quest rewards available to players in order from most difficult to most easily attained:

As for the quests themselves, they are all self-explanatory for the most part, and fall within each different subcategory depending on what they’ll have you be doing.

To gain access to all seven Dragon Balls, you’ll need to complete (3) total out of all the quests in each of the individual subcategories.

After completing a specific Dragon Ball quest, you’ll get a certain amount of Power Levels. Once this reaches a certain point, depending on how many quests you complete, you’ll be able to collect the limited-time cosmetic items in-game. Each reward matches to a certain “Power Level.”

If you’re confused about where to locate Capsule Corps capsules – they are often found falling from the sky throughout the map while playing. You can always access your map to see an icon of where they can be found.

The remainder are perhaps self-evident for fans of the franchise.

For “Visiting a Familiar Training Location,” for example, you’ll just need to visit Kames’ House. This can be found on the far East of the map.

Collecting Nimbus Clouds or the Kamehameha is as simple as getting them throughout matches, where they can be obtained from Capsule Corps capsules, the Dragon Ball Vending Machine, or from Bulma.

There are three vending machines total, and they can be located in Rocky Reels, the intersection between Shifty Shafts and Coney Crossroads, and Rave Cave. See below. An item requires 250 Gold Bars.

For quests that require you to access Dragon Ball Super Episode Festival – simply join a Fortnite/Dragon Ball lobby, via the main menu under ‘Play.’

Once you’re there and head on over to the ‘Discover’ tab, you should be able to scroll until you find Fortnite/Dragon Ball, with 6 different episodes you can watch. Select whichever one you’d like to watch and load it into a lobby. You don’t need to watch the entire thing if you don’t want to – only a couple of seconds are required to complete the quest.

For time trial missions and obstacle courses that are location-based: the mushroom obstacle course will require you to visit “Reality Falls” and look for the hovering blue clock – once there, activate it and you’ll need to collect all the blue clocks around to complete the course.

The ‘desert’ time trial is near the Rock Reels. Again, you’ll want to keep an eye out for the hovering blue clock to activate the time trial, and once initiated, you’ll have to collect all the blue clocks within the allotted time frame to successfully complete the quest. 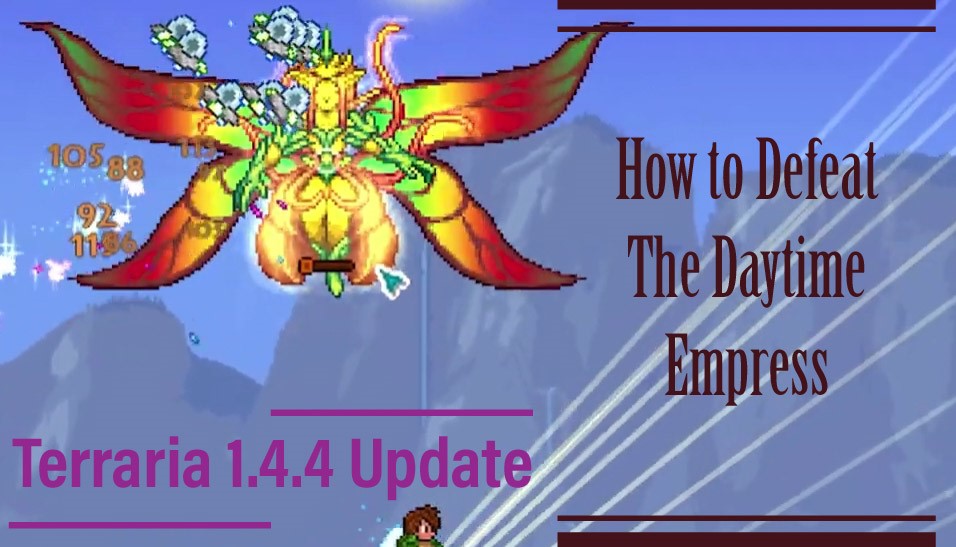