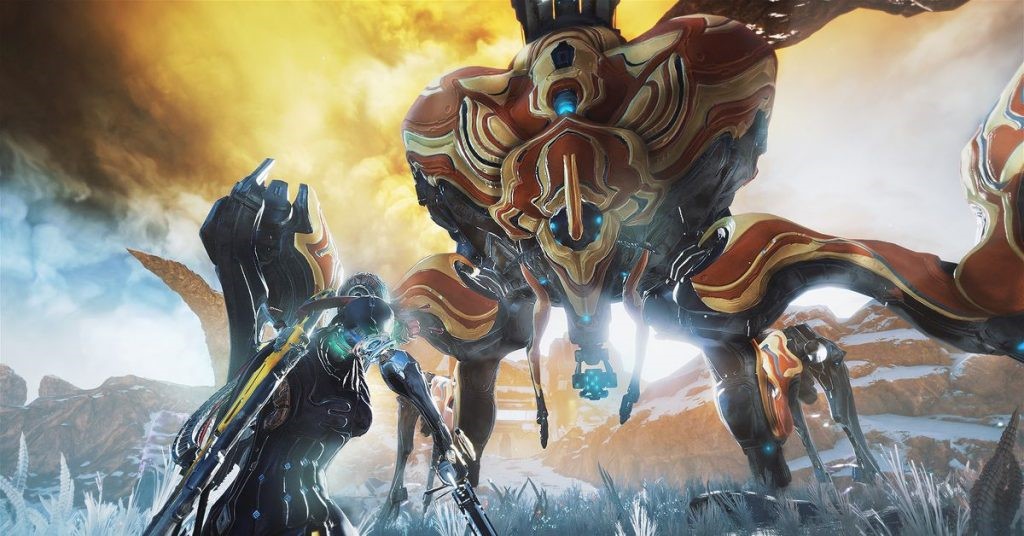 Alongside the Angels of Zariman update comes the Void Armageddon game mode, which is a new Endless type mission in which you’ll have to kill enemies all while protecting the Zariman’s Reliquary.

As such, you’ll want to prepare your arsenal for this mission in order to increase your chances of success.

The mechanics of this game mode is pretty simple: defend the Reliquary inside the Zariman ship from various waves of enemies trying to destroy it. You will be assisted in the defense by Exodampers which are towers that will weaken your enemies, allowing you to wipe them with ease.

However, in the event these Exodampers are destroyed, they will give a random buff to your enemies instead. Though they’re not really important, they work as a great distraction as you finish off waves upon waves of enemies.

As chaos keeps on growing, Void manifestations will start drawing out the energy inside the Reliquary. You can see this percentage via the icon above it. If the Reliquary has been drained completely, then the mission will fail as well.

Therefore, you have to do your best not to let it get destroyed or drained by your enemies.

How to Play Void Armageddon in Warframe

The Void Armageddon game mode consists of both Waves and Rounds. Basically, each Round consists of three waves, and each Wave will consist of a squad of enemies that will automatically attack the Exodamper.

As you progress through rounds, the enemies’ attack patterns will change. This means you’ll have to follow instructions on the HUD to know which Exodamper they will be targeting.

If an Exodamper is destroyed, it will always respawn at the 4th wave, so this is also something you want to keep in mind.

As for the enemies, your biggest worries would be the Void manifestations which will appear every three ways.

While you can beat them the standard way, using your Operator will make the fight a lot more manageable. And as long as you successfully win, you alongside your team will get Focus Points alongside a high-tier Voidplume as a loot.

You can choose extraction once you complete one round of Void Armageddon, though you can choose to stay for more rewards. You can make things a lot more manageable through the help of Zariman’s tech.

There are specialized turrets called Armaments that can deal with enemies at any angle, though you’ll have to construct them first.

To do so, you’ll need Argozene which you can get from Argozene Drops. These drops can be found in an indicated zone, and you’ll have to stand within that zone and wait until it’s enveloped in energy before you can open the chest.

You can also obtain Argozene from enemies, albeit at a smaller amount. But since it is shared among your team, you can optimize the number of Argozenes you can get via proper coordination.

There are four different Armaments you can craft including a minigun turret called Mazuka, an arc lightning turret called Faradon, a laser targeted missile launcher called Giottica, and a trap turret called Corralizer.