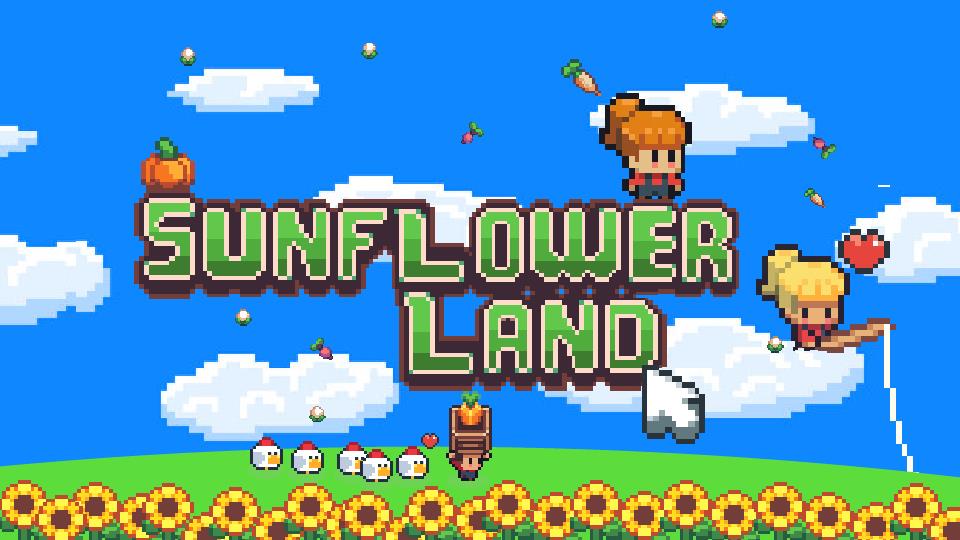 Sunflower Land is actually called Sunflower Farmers. However, its creator has to take it offline back in January due to certain issues. Now that it’s relaunched under the name Sunflower Land, a lot of flowers are flocking to try the game and test their luck in NFT.

If you’re new to the game, this guide is for you.

Before you start playing Sunflower Land, you first have to create a MetaMask wallet. If you don’t have one yet, now’s the time to set up one. If you already have a wallet, you’ll need to add Polygon to your MetaMask wallet.

To play the game, you’ll need to have at least three MATICs. After that, head over to the Sunflower Land’s website at https://sunflower-land.com.

From there, you want to click on Beta, pick a charity, and choose how much MATIC you want to donate. Lastly, you have to mint your farm. As long as you follow all these steps, you’ll then be able to play the game.

Overview of Your Farm

For starters, you’ll be given a farm with plots of land for you to plant and harvest various crops on. At the upper part of the farm is the Barn where you can raise animals for their produce.

There’s the Animal that shows you which animals you can raise, and there’s the Rare tab that contains craftable NFTs to provide massive bonuses to your farm production.

At the center of the farm is your Home which shows your skills and levels, then just on the lower right portion is the Shop buy and sell crops as well as craft NFTs to boost your crop production.

Close to the Shop is a Wishing Well which involves LP tokens and the Blacksmith which allows you to craft various tools and NFTs that give further bonuses.

At the right corner is the Kitchen where you can cook various food and the Bank which allows you to deposit and withdraw your SFL Tokens starting April 15.

The last point of interest is the Tailor which allows you to create a flag from a wide selection of flags.

How to Play the Game

When you first start playing the game, you’ll only be given a single plot of land which can hold up to 5 crops. The other plots are unlocked until you get rid of the four little goblins on the farm.

To start farming, simply go to the Shop and buy the seeds you want to plant. After that, simply go to your plot of land and click on an empty spot to plant your seeds.

The amount of time it takes for your crops to grow will depend on the crop you planted. Some will take just a few minutes while others will take hours.

Once your crops are fully grown, you can then harvest them and sell them to the Shop to get SFL. Don’t forget to plant new crops in the newly vacant spots.

Now, to get rid of the goblins, you have to go to the Kitchen and craft the food they want. After crafting their required food, simply give it to them to unlock the entire plots of land, allowing you to maximize the number of crops you can plant.

One thing to keep in mind is that there’s a limited number of seeds in the shop at any given time. If you want to buy a seed that’s already out of stock, what you can do is click on Sync to sync your farm data on chain.

However, you’ll have to pay the 0.1 MATIC fee every single time you want to resync.

The good thing is that 0.1 MATIC barely amounts to anything, so this fee is actually dirt cheap.

Where to Find Resources and How to Use Them

There are several resources in the game, but perhaps the most important is Gold. This resource can be used to craft a variety of NFT items that will grant significant bonuses to your farm. In other to get gold, you’ll need wood first.

To start, head down to the NPC just below the Blacksmith. Go back to the Blacksmith and craft an Axe to start collecting wood. However, do take note that you’ll use one Axe for every tree you farm, so if you want to farm plenty of wood from several trees, you’ll have to craft lots of Axes.

Trees will grow back after 2 hours, until which you can then farm them again for wood. However, if you have the Apprentice Beaver, you’ll shorten the recovery period to just one hour. If you want to increase your wood collection, you’ll want to get Woody the Beaver for 20% more wood drops. If you have the Foreman Beaver, then you’ll no longer need an Axe to cut trees.

However, these items don’t come cheap, so you want to save up for when they become available.

Another valuable resource you want is Stone. To collect stone, you have to craft a Pickaxe. Just like the trees, you’ll consume one pickaxe for every Stone you harvest.

With enough wood and stone, you can go back to the Blacksmith and craft a Stone Pickaxe which you’ll need to collect Iron. After getting enough Iron, the next thing you should do is craft an Iron Pickaxe that lets you collect Gold.

There’s only one Gold ore that is located on top of the map, and it will take 24 hours for it to fully recover.

As of now, there are still lots of stuff in the game that are still locked, so information about them is still pretty scarce.

ALSO READ: Guild Of Guardians: Everything You Need to Know | Gameplay & Guide