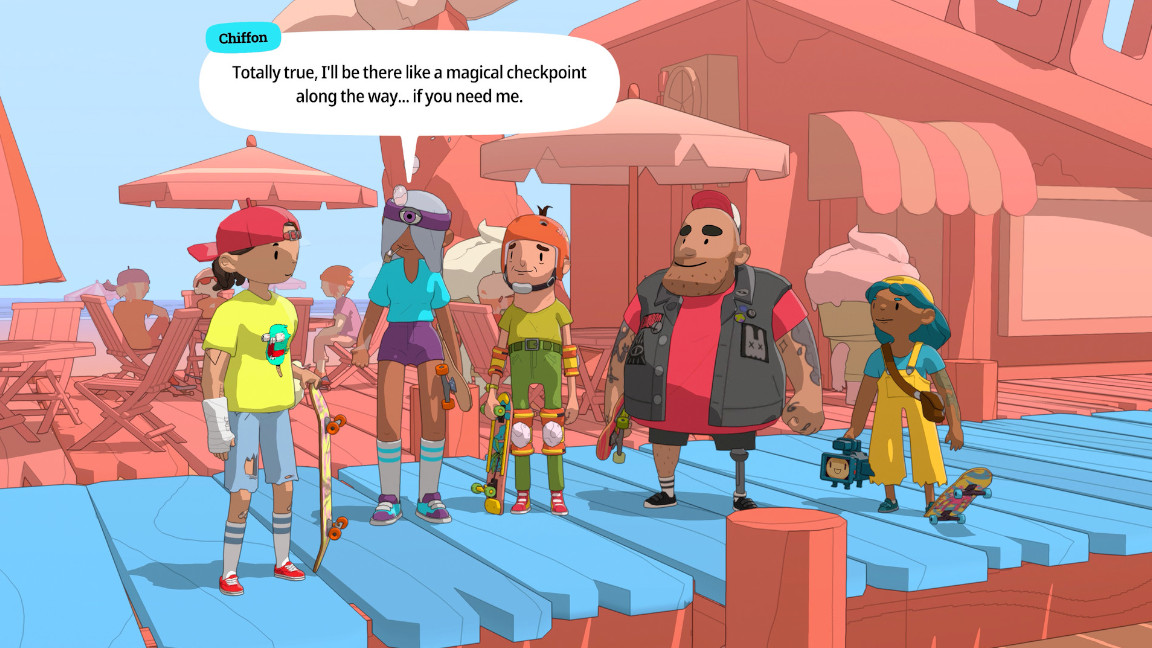 One of the best things about going to the skatepark is hanging out with friends. That being said, although OlliOlli World has been well received by both fans and critics alike, they haven’t managed to fully recreate the social aspect of real-life skateboarding.

However, there is still a bit of hope for fans of this wacky and vibrant skateboarding game.

OlliOlli World has two main multiplayer modes – Gnarvana League and Gnarvana Portal. These two modes are categorized as “asynchronous multiplayer”, which means that players will take part in shared activities but they won’t be concurrently playing.

Roll7, the developer behind OlliOlli World, has stated that the leaderboards in both of these modes are cross-platform. This means that you will at least be able to get the satisfaction of beating your friends’ high scores no matter where they’re playing.

All in all, these two multiplayer experiences are fun but somewhat limited. On one hand, Gnarvana League simply challenges players to beat the high scores of their friends, for bragging rights and to unlock rewards (such as cosmetic items).

Meanwhile, Gnarvana Portal is notably different, being somewhat reminiscent of popular level builders like Mario Maker. Players can determine the style, difficulty, and length of their custom level and then share it via an eight-digit code once the game generates it.

ALSO READ: OlliOlli World: Controller Or Keyboard | Which Is Better?