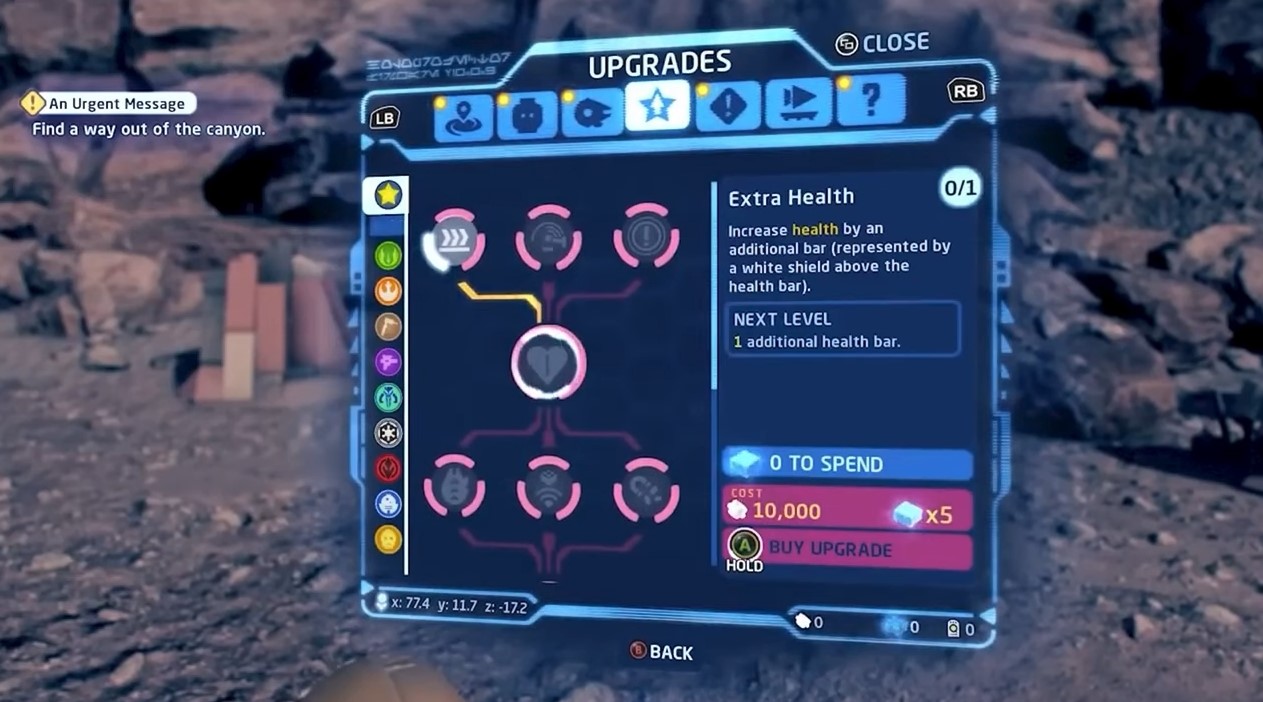 The game’s character class system is a new and unique mechanic that improves the utility of each playable character by allowing them to be upgraded and expanding their abilities. Each character is tied to a specific class, and each of the classes has different shared abilities while having its own unique set of abilities.

Overall, this new mechanic adds some RPG elements to the game, giving fans a sense of progression that they haven’t experienced in the previous games in the series. Now if you haven’t unlocked all character upgrades and abilities yet, then you’re on the right page.

All Character Upgrades and Abilities in LEGO Star Wars: The Skywalker Saga

All characters in the game share the same major upgrade tree regardless of their classes. This can be found in the Core upgrade and skill tree. Basically, it includes basic upgrades that will apply to all characters and classes. The upgrades you can find in this tree are as follows:

Each of these upgrades has its own tiers, with most going up to 3 Tiers while the rest only at 1 Tier.

With the main upgrades out of the way, let’s now talk about the individual classes and their upgrades and abilities.

The Jedi is designed for combat with the ability to use the Force. Characters like Luke Skywalker, Rey, and Kit Fisto belong to this class. Their abilities are as follows:

The Hero class features characters like Poe Dameron and Senator Bail Organa, to name a few. They have the ability to use Grapple Blasters for pulling objects and reaching climbing bars, similar to a Bounty Hunter. Their abilities are as follows:

Scavenger characters like Teedo, Logray, and Wicket specialize in building the Net Launcher, Breaker Blaster, and Glider at any time. These are pretty useful for solving certain puzzles and challenges throughout the mission.

While not designed for combat, they do pretty well when it comes to explorations. Their abilities include:

Characters like Han Solo, Chewbacca, and Maz Kanata are among the notable ones. Their abilities are as follows:

Some of the most iconic Bounty Hunters in the game include Boba Feet, Zuckuss, and Jango Fett. Although there are only a few of them, their set of useful skills is something you don’t want to miss. Specifically, Bounty Hunters are the only ones capable of breaking gold blocks and completing Bounty Missions.

This utility alone makes them a worthy Kyber Bricks investment. Also, they can earn extra Studs and even use Shock Grenades after purchasing upgrades, making them extra useful. Their abilities are as follows:

Villain characters come with some unique abilities which can be really handy when doing exploration as well as repeating missions. For one, they can break Villain weapon crates and silver crates. Apart from that, they can also use grenades during combat, adding to their overall utility.

Notable characters like General Grievous and Rose Tico belong to this class. Their abilities include:

Dark Side Upgrades and Abilities

The Dark Side is the Jedi class’ counterpart, having the same basic abilities as the Jedi but with some upgrades that make them unique as well. Characters in this class are the only ones capable of understanding the Exegol Sith Cultist, besides Protocol Droids. Moreover, they excel in combat and cause problems in the Star Wars Universe.

Well-known characters like Darth Vader, Kylo Ren, and Emperor Palpatine belong to this class. Their abilities include:

Astromech Droids such as R2-D2 and K3-R1 are integral to the Star Wars universe. They’re the only ones capable of interacting with an Astromech Socket which can unlock doors or even hack certain devices. Needless to say, you’ll need at least a single character in this class during exploration and discovering hidden collectibles.

Their abilities are as follows:

Protocol Droids work well for stealth since they’re often not considered a threat. They have a similar feature to that of Astromech Droids, except that they have a bit more functionality.

For one, they’re the only ones that can accept Protocol Terminals which are capable of downloading passwords, controlling turrets, and even turning off alarms. They can also find secrets and go through small passageways, making them extremely useful during explorations.

Notable characters in this class include C-3PO, K-3PO, and H1-NT. Their abilities include: