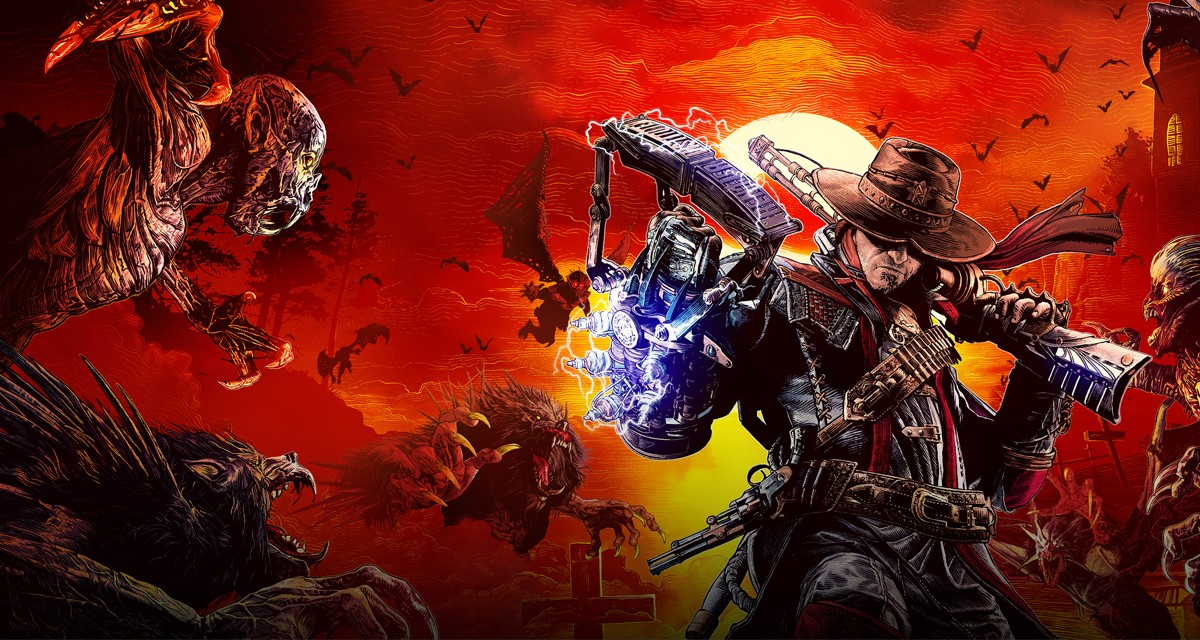 After cinematic and gameplay trailers that impressed the players, Flying Wild Hog’s Evil West released on November 22, 2022. Set in the gripping jaw of the Old West, players must fight, alone or in co-op, hordes of bloodthirsty vampiric monstrosities and kill them in gruesome ways! If you’re among those who can’t wait to put your hands in the game, here’s a starter guide to get you started!

Everything You Should Know Early On – Evil West Starter Guide

Ranged combat is going to help you kill a lot of monstrosities. It plays like any other shooter, but a good tip to keep in mind is the yellow circles that appear on enemies: you’ll want to shoot it.

Hitting this weak point will interrupt the enemy’s attack and deal critical hit damage, so show no mercy!

The Gauntlet is your trusted friend, and the same rule applies here: punch the enemy to prevent them from attacking if you see a yellow circle.

As simple as it may sound, this mechanic will help you later on, so acquire this habit while you’re still in the early stages.

TNT barrels can also be used in your favour. You can not only explode it with your bullets, but you can also launch enemies into things with your punches.

Speaking of launching enemies into the air, this can open more attack possibilities if you combine the launch move if others (shooting, for example).

Don’t worry about consuming ammo since this resource is unlimited. However, guns (and other abilities) will go into cooldown, so pay attention to that.

Another important tool you have is the zapper. You can use it to block (and stun enemies with a good parry), pull enemies to you (also stunning them), or you can use it to warp-strike two enemies at once.

Your battery icon will determine if you can use certain abilities like the Quake Punch. You can also save until you can activate the special attack which is destructive, to say the least.

Fools with shields might scare you at first, but don’t them! You can destroy their shields the old-fashioned way or lure the beasts into environmental traps like the aforementioned TNT barrels, which will also deal significant damage to the monstrosity.

While fighting the vampires, you’ll inevitably lose health (happens to the best of us!). You have the ability to regenerate health when things get hairy, but finisher attacks also bestow health upon you!

So, whenever a foe turns yellow, you can brutally end them with one of those finishers.

Evil West is quite linear, but there are puzzles and small side quests you can pursue to earn gold or alternative skins for your character and arsenal.

The latter is undeniably cool, but the former is essential for upgrades, which are costly. You’ll find blueprints as you play the game, but you need gold to put those to use. And applying Lightning to your weapons is one of the best upgrades you can make!

You also have a skill tree, which you can unlock depending on your favoured playstyle. And if you feel like your choices weren’t great, you can reset the skill tree.

And that’s it for this guide! Keeping those tips and strategies in mind will help you through a good portion of the early game.

Thanks Boomstick Gaming for the video! If you wish to see more, please follow the link: Evil West | STARTER GUIDE – Everything You Should Know Early On 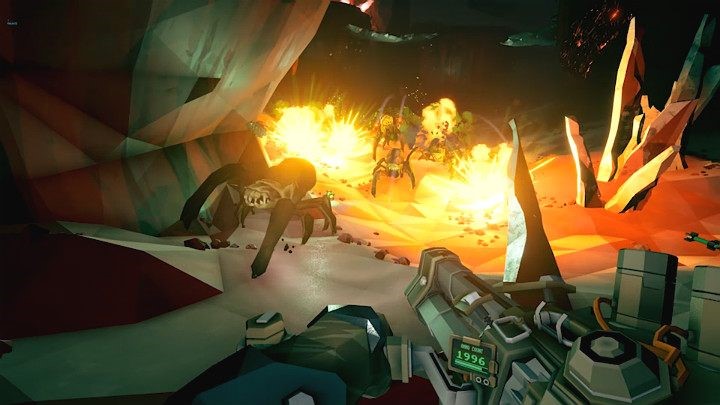 Season 3 of Deep Rock Galactic is out, bringing fresh-out-of-the-oven weapons and items for the alien Dwarves to mine their Ores and keep monsters at bay! Bombs are becoming an increasingly potent arsenal weapon, and you get more of them in this new update too, which is why this guide will show you the best grenades the game has in this third season!

Grenades are part of the Throwables category. Each Class—Driller, Engineer, Gunner, and Scout—has four unique throwables. Which ones are the best? Let’s take a look at the tier list below, which goes from C (worse) to S (better).

High Explosive Grenade (Driller): A conventional grenade that lands and detonates after a few seconds. Simple, effective, but not particularly powerful.

Neurotoxin Grenade (Driller): This grenade is packed with toxic gas, which is slowly released after it’s thrown over a large radius—the largest in the game! The gas slows enemies down by 30% and deals 12 Poison damage over time, but it’s safe for your Dwarves.

There’s also a secondary, optional function to this grenade if you want to make a big kaboom: allow the gas to spread as far as possible, gather as many enemies inside the cloud as you can, and then ignite it with the Driller’s flamethrower!

Sticky Grenade (Gunner): Fans of FPS will recognise this one as the kind of grenade that sticks wherever it lands. It has spikes all over it and will explode a few seconds after sticking to a surface.

This grenade also has Fear Factor: some creatures (guaranteed on a few on them) might flee once stuck with the grenade. Plus, the ensuing explosion might frighten other nearby creatures, resulting in a chain Fear effect.

Cluster Grenade (Gunner): Instead of exploding, this grenade splits into nine miniature payloads after a brief delay upon impact with the world. Those payloads then explode upon impact, combining to deal up to 360 damage.

Pheromone Canister (Scout): An interesting name for a grenade that paints creatures with its substance, making them fight each other regardless of species. Occasionally, even non-painted enemies will change their target from a Dwarf to a painted enemy.

Incendiary Grenade (Gunner): This grenade will encircle an area in a roaring fire, damaging anyone who walks through it (allies included, unlike the CRSPR’s Sticky Flames). If a creature lingers in the flames, it will cause spontaneous combustion.

This grenade deals no direct damage, even enemies who are directly hit with the grenade, while instantly combusting, will only take tick fire damage from the flames on the ground and while burning after leaving the fire circle.

L.U.R.E (Engineer): Acronym for Laser Utility Refraction Emitter, it’s used to distract enemies with the hologram of a dancing Dwarf. The effectiveness depends on how close the enemy was when the L.U.R.E activated and whether they currently have a target. Bigger enemies are also more resistant.

A maximum of ten enemies can fall for a single L.U.R.E at once. Once the hologram’s health depletes, it discharges a small electrical shockwave, which deals a bit of damage and has a high Electrocution chance.

Plasma Bluster (Engineer): This grenade immediately detonates upon hitting the ground, creating four medium plasma explosions which detonate in sequence in a line.

The bursts cannot scale walls and will “bounce” off in the opposite direction if there are more bursts to be created when the line hits a wall. All four plasma bursts combined deal 240 (60 * 4) damage.

Proximity Mine (Engineer): Sticking these baddies to any surface will project a yellow circle which traces along the shape of the floor, representing the radius in which it will detect enemies (larger than Glyphid Swarmer) and create an explosion of 440 AOE

Inhibitor-Field Generator (Scout): Sticks to any surface and emits a field that slows down enemies by 75% and increases their damage taken by 30%.

Cryo Grenade (Scout): A powerful grenade that produces an icy mist when it detonates. The mist freezes enemies, rendering them completely immobilized and receiving triple damage.

Impact Axe (Driller): Deals 3 instances of damage at once. Direct melee damage is divided into 2 parts, and AOE explosive damage, dealing 240 damage as well as stunning the target. As long as the Impact Axes are not dealing the 2nd part of direct damage, they can be retrieved.

Are you ready to explode your way to victory? Happy gaming!